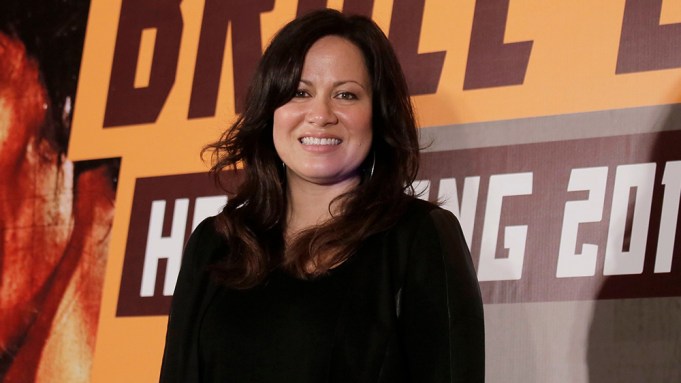 Bruce Lee’s daughter, Shannon Lee, is responding to director Quentin Tarantino’s latest comments regarding her father’s portrayal in the film “Once Upon a Time in Hollywood.”

“He could shut up about it,” she told Variety when asked how Tarantino could rectify the controversy. “That would be really nice. Or he could apologize or he could say, ‘I don’t really know what Bruce Lee was like. I just wrote it for my movie. But that shouldn’t be taken as how he really was.'”

Tarantino recently defended his depiction of the Asian American martial arts legend (portrayed by Mike Moh) as an arrogant blowhard. “Bruce Lee was kind of an arrogant guy,” Tarantino said at a recent press junket in Moscow. “The way he was talking, I didn’t just make a lot of that up. I heard him say things like that, to that effect. If people are saying, ‘Well he never said he could beat up Muhammad Ali.’ Well, yeah, he did. Not only did he say that, but his wife, Linda Lee, said that in her first biography I ever read. She absolutely said that.”

Not the case, Shannon Lee says.

Lee said that her father’s confidence could be mistaken for arrogance and does not call him a “perfect man.” However, she noted that the kind of criticism Tarantino draws on is one that she has heard before, primarily from other white men who were in martial arts and in Hollywood.

The passage in his wife Linda Lee Cadwell’s book, “Bruce Lee: The Man Only I Knew,” that Tarantino appears to refer to is a quote from a critic, who wrote that “Those who watched [Bruce] Lee would bet on Lee to render Cassius Clay senseless,” and not from the author herself (Clay was later known as Muhammad Ali).

“[Tarantino] can portray Bruce Lee however he wanted to, and he did,” Shannon Lee said. “But it’s a little disingenuous for him to say, ‘Well, this is how he was, but this is a fictional movie, so don’t worry too much about it.’”

Bruce Lee’s protégé and training partner Dan Inosanto also rejected the idea that Lee would have bragged about being able to defeat Muhammad Ali in a previous interview with Variety.

A former TV host and current executive producer of Cinemax’s “Warrior” (based on a TV treatment Bruce Lee wrote), Shannon Lee is the caretaker of her father’s estate and charity foundation.

Lee was returning from a trip to Hong Kong where she had been working with the Hong Kong Heritage Museum on refreshing its Bruce Lee exhibit and expanding a martial arts summer camp program when she heard about Tarantino’s response to criticism about the film’s portrayal of her late father.