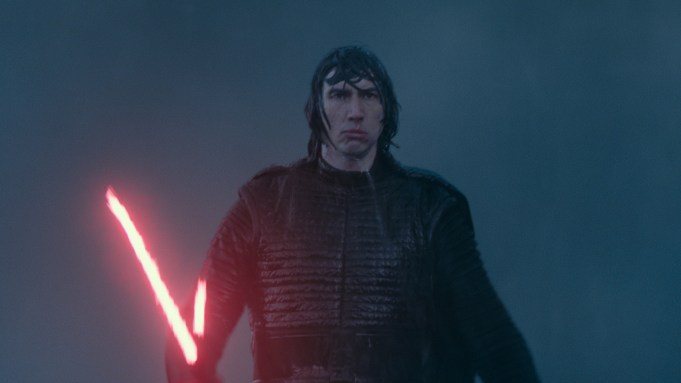 “Star Wars: The Rise of Skywalker” launched to a mighty $40 million during Thursday night previews, setting the stage for a massive opening weekend. The latest entry in the 42-year-old franchise is expected to earn as much as $200 million, casting a shadow across the box office, but falling short of the debuts of other films in the space-opera series.

Though not record-breaking, “The Rise of Skywalker” did achieve the fifth-best Thursday preview result, behind “Avengers: Endgame” ($60 million), as well as the two preceding “Star Wars” installments, “The Force Awakens” ($57 million) and “The Last Jedi” ($45 million), and “Harry Potter and the Deathly Hallows – Part 2” ($44 million). “Star Wars” has one of the most ardent fandoms in movies, but the reviews for “The Rise of Skywalker” have been mediocre, with some critics complaining that the plot is overstuffed and unsatisfying.

Internationally, “The Rise of Skywalker” has debuted in 46 markets, including the U.K., Russia, Australia, Brazil and Mexico. The first two days have seen it earn a strong $59.1 million. It has kicked off to a lackluster $3.6 million in China, where it was bested by local-language films. “Star Wars” has little cultural resonance in the country.

J.J. Abrams, who previously oversaw “The Force Awakens,” returned to direct “The Rise of Skywalker,” taking the reins from “The Last Jedi’s” Rian Johnson. The cast includes Daisy Ridley, John Boyega, Keri Russell, Oscar Isaac and Adam Driver, as well as denizens of the first “Star Wars” trilogy, such as Carrie Fisher, Mark Hamill, Anthony Daniels, Ian McDiarmid and Billy Dee Williams. The movie is a Disney/Lucasfilm co-production and is intended to wrap things up for the Skywalker clan, the family of Force-enabled warriors whose lives and loves have been the connective tissue of nine films.

Despite the formidable competition, a few brave pics opted to do battle with “The Rise of Skywalker.” Lionsgate’s “Bombshell” and Universal’s “Cats” are also opening this weekend. “Bombshell,” which looks at the Fox News staffers who exposed Roger Ailes’ alleged sexual harassment, is seen as a major Oscars contender. Based on the reviews, “Cats,” an adaptation of Andrew Lloyd Webber’s stage musical, appears to be a lock for several Razzies. “Cats” grossed $550,000 in previews, while “Bombshell” took in an estimated $335,000.