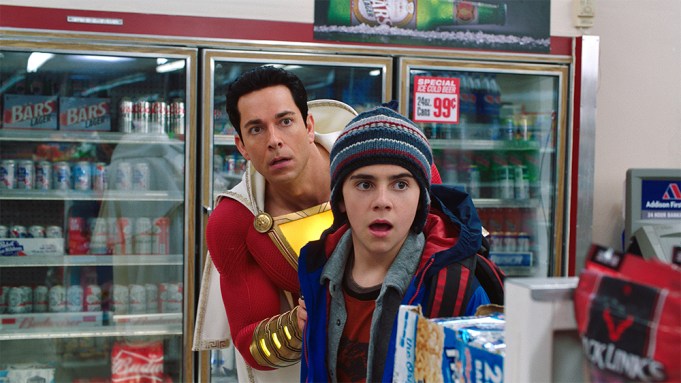 Warner Bros. superhero adventure “Shazam!” has zapped its way to $16.4 million on 20,520 screens in its first day in China during the start of the Qingming Holiday.

The results mark the third highest opening day in China for a Warner title behind “Aquaman” and “Batman V. Superman.”

The studio also reported that it has taken in $15.7 million in its first two days from 9,355 screens and ranks first in 48 markets.

“Shazam!” took in $2.2 million at 971 screens in its first two days in Indonesia with $1.1 million on Wednesday’s Isra Minaj holiday for the third-highest opening day for a Warner title. The results are 10% ahead of “Ant-Man” and more than double “Guardians of the Galaxy.”

Warner Bros.’ “Shazam!” earned $5.9 million on Thursday in North America, topping “Pet Sematary,” which made $2.3 million. “Shazam!” is expected to nab $45 million to $50 million domestically at 4,217 locations. The DC Comics adventure centers on Billy Batson (Asher Angel), a teenager who can transform into a cheerful superhero (Zachary Levi) when someone says the magic word.

“Shazam!” has received strong critical support, earning a 92% “fresh” rating on Rotten Tomatoes, with reviewers praising its departure from the self-importance of the genre. Variety’s Owen Gleiberman wrote, “‘Shazam!’ … is just a light, funny, grounded, engagingly unpretentious sleight-of-hand action comedy about a boy in a (super)man’s body.”