Thanksgiving Box Office: How ‘Knives Out,’ ‘Queen and Slim’ Thrived Despite ‘Frozen 2’ 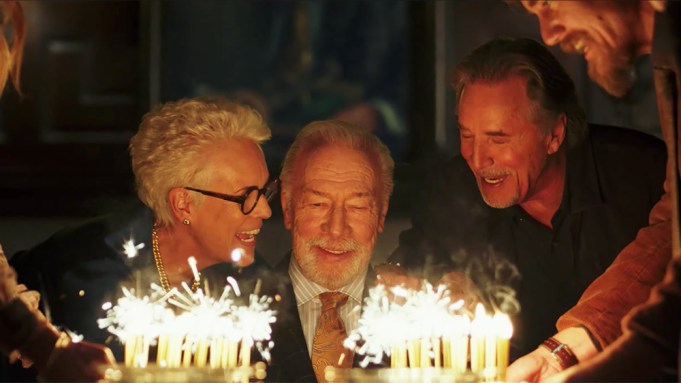 Disney’s “Frozen 2” was the undisputed box office champion this Thanksgiving, generating a record-setting $124 million over the five-day frame. But moviegoers feasted on more than just the further adventures of Princesses Anna and Elsa during Turkey Day. Lionsgate’s murder mystery “Knives Out” and Universal’s romantic drama “Queen and Slim” also beat expectations while countering conventional wisdom about holiday releases.

Studios have long maintained the notion that Hollywood needs existing IP and long-running franchises to entice audiences during the Thanksgiving crush. But in a clear win for fresh content, original movies — including Disney-Fox’s “Ford v Ferrari” and Sony’s “A Beautiful Day in the Neighborhood” — otherwise dominated box office charts. “Frozen 2” demonstrates there’s a ravenous appetite for all-audience tentpoles, particularly among ticket buyers with young kids, but there’s still a market for moviegoers looking for something unique and different.

“It’s not always the No. 1 movie that is the big story,” says Paul Dergarabedian, a senior media analyst with Comscore. “‘Frozen 2’ satisfied the need for a comfortable sequel. Older audiences are looking for originality. That’s been the hallmark of the movies that have really delivered this year.”

Overall ticket sales dropped 16% from last year’s record-setting $315 million bounty, fueled by familiar properties like “Ralph Breaks the Internet,” “Creed II,” “Fantastic Beasts: The Crimes of Grindelwald” and “The Grinch.” But the unexpected successes of this year’s offerings helped narrow the year-to-date deficit from 7% to 5.6%, according to Comscore. Adding to optimism for exhibitors, movie theater marquees will be void of any major competition until Dec. 13, when “Jumanji: The Next Level” arrives on the big screen. That should give “Knives Out,” “Queen and Slim” and other recent hits more time to build momentum, fueled by positive buzz.

“This is a really opportune time for these movies,” Dergarabedian notes. “Studios have to rethink what can play well during a holiday. Audiences just want to feel like they’re getting something different and worthy of their time and money.”

“Knives Out” carved out particularly solid grosses, nearly doubling expectations with $41.7 million between Wednesday and Sunday. “Queen and Slim” also arrived ahead of projections, nabbing $15.8 million over the five-day stretch. Box office watchers suggest that beyond sterling word-of-mouth, both films were able to capture the zeitgeist and become part of the cultural conversation. “Knives Out,” gathering an all-star cast with Daniel Craig, Jamie Lee Curtis and Chris Evans, is a crowd-pleasing whodunit that has plenty to say about class divides and social injustices. In short, it’s not your typical family film. “Queen and Slim,” starring Daniel Kaluuya and Jodie Turner-Smith, takes a modern spin on Bonnie and Clyde, while grappling with issues of racial prejudice. Both represent the type of mid-range film that’s mostly fallen out of favor with studios in the streaming era, a time when Hollywood companies prefer to spend a small fortune or nothing at all to make a movie. With price tags varying from $20 million (“Queen and Slim”) to $40 million (“Knives Out”), this Thanksgiving’s crop of releases proves it’s possible to produce movies people want to see in theaters for a modest cost.

“These movies are little wins for adult content,” says Jeff Bock, a media analyst with Exhibitor Relations. “Even a little win is big news right now in the face of streaming and sequels and reboots and prequels. These are the results you like to see if you’re a lover of movies in cinemas.”

What’s particularly notable is that these mid-budget films debuted in theaters to much fanfare as Martin Scorsese’s “The Irishman” launched Wednesday on Netflix. The acclaimed mob epic starring Robert De Niro and Al Pacino eschewed a traditional theatrical release because the streaming service and major movie theater chains refused to compromise on an exclusive window to play the film. Audiences weren’t couch-bound this weekend, even though “The Irishman” all but dominated social media chatter over Thanksgiving.

“This weekend is nowhere near a record breaker, but it’s really important because it signifies that people are excited about the content in movie theaters,” Dergarabedian said.

For studios and theater owners alike, it’s a comforting sign that seeing a movie on the big screen can still be a draw.

“Everyone talks about how hard it is to make original movies,” says Jim Orr, Universal’s president of domestic distribution. “But you look at the top of the box office this weekend, and it’s encouraging.”

Now that’s something to be thankful for.