Box Office: Jordan Peele’s ‘Us’ to Easily Surpass ‘Get Out’ in Killer Opening Weekend 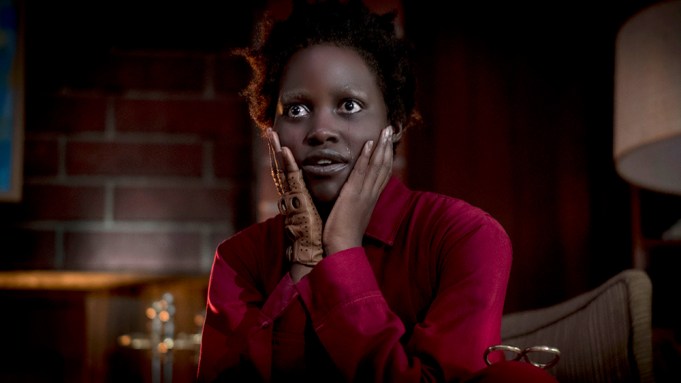 Jordan Peele’s horror-thriller “Us” will likely slay the box office competition this weekend.

It’s projected to generate an impressive $64 million through the weekend at 3,741 sites in North America, early estimates showed Friday. “Us” is over-performing recent forecasts, which had ranged from $38 million to $50 million. It should wind up with about $27 million on its first day Friday. That includes a stellar $7.4 million from previews, which nearly matched “Halloween,” the most recent horror blockbuster, at $7.7 million.

Should the new estimates hold for weekend, the R-rated “US” will be the best horror launch since “Halloween” debuted with $76 million on Oct. 19-21. And it will be the third consecutive robust weekend for North American moviegoing since “Captain Marvel” launched on March 8 with $153 million. The third weekend of Disney’s “Captain Marvel” will finish a solid second with about $32 million, pushing it to nearly $320 million domestically in its first 17 days.

Universal’s “Us,” Peele’s much-anticipated follow-up to 2017’s “Get Out,” is easily surpassing the opening weekend haul of “Get Out,” which debuted with $33 million and ended its theatrical run with $176 million in the U.S. “Us” is also launching in 48 international markets, including France, the United Kingdom, and Germany.

“Us” stars Lupita Nyong’o and Winston Duke as a couple fighting off doppelgangers while vacationing with their children at a Northern California beach house. The movie has generated exceptional buzz from critics since launching the 2019 South by Southwest Film Festival on March 8 and carries a 95% “fresh” rating on Rotten Tomatoes.