Continue to Variety SKIP AD
You will be redirected back to your article in seconds
Sep 6, 2019 3:38pm PT

‘It: Chapter Two’ to Give Box Office a Jolt With $100 Million Opening 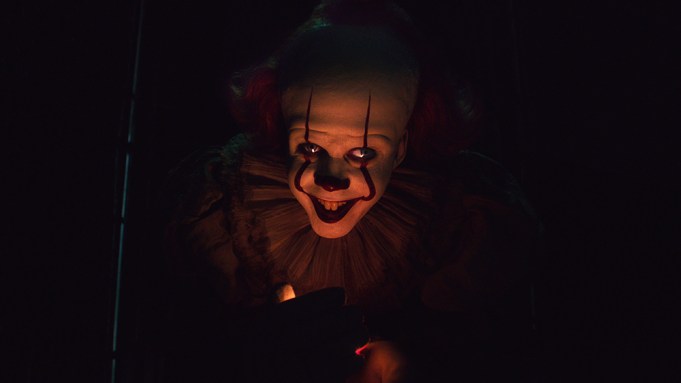 Giving the sagging box office a jolt, “It: Chapter Two” is heading for as much as $100 million in its opening weekend in North America, early estimates showed Friday.

Warner Bros. is adhering to its $90 million forecast for the horror sequel but rival studios projected a nine-figure launch frame. The figure is $23 million less than the 2017 debut of “It,” but it’s also the best opening since “The Lion King” premiered with $191.8 million during its July 19-21 opening frame.

Should it top $100 million, “It: Chapter Two” will the first non-Disney title to open above that mark this year and fifth following “Avengers: Endgame,” “The Lion King,” “Toy Story 4” and “Captain Marvel.”

The sequel is debuting at 4,570 domestic locations in the widest launch ever for an R-rated film. “It: Chapter 2” will easily surpass the opening for last year’s “Halloween,” which scored $76 million for the second-biggest horror movie launch of all time. Rival studios have backed away from taking on “It: Chapter Two,” leaving it as the lone nationwide release this weekend.

The movie is based on the second half of Stephen King’s massive 1986 novel, picking up 27 years after the events of the first film. The adult versions of the seven-member Losers Club are forced to deal with the return of evil dancing clown Pennywise (with Bill Skarsgard reprising his role) in their hometown of Derry, Maine.

“It: Chapter Two” has plenty of star power with James McAvoy, Jessica Chastain and Bill Hader in key roles along with Isaiah Mustafa, Jay Ryan, James Ransone and Andy Bean. Andy Muschietti returns to direct from Gary Dauberman’s script. Producers are Barbara Muschietti, Dan Lin and Roy Lee. Critics have written mostly positive reviews for a Rotten Tomatoes rating of 67%. The run time is a huge 169 minutes, 34 minutes longer than “It.”

“It: Chapter Two” is opening with the year-to-date North American box office down 6.6% at $7.82 billion, according to Comscore. Other potential blockbusters to close the 2019 gap are Warner’s “Joker” and Disney’s “Frozen 2” and “Star Wars: Rise of the Skywalker.”