‘Hobbs & Shaw’ Revs Up to $25 Million in Early International Openings 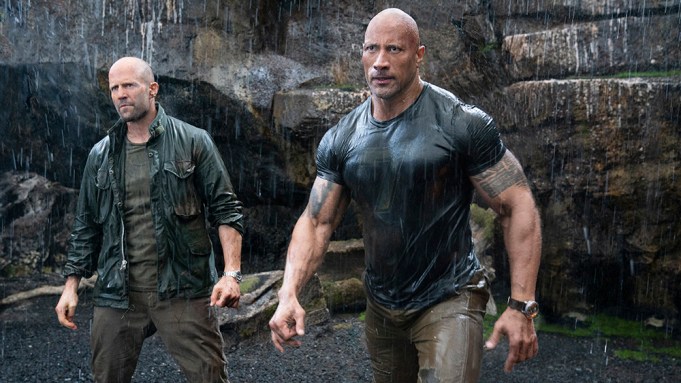 “Fast & Furious Presents: Hobbs & Shaw” has started with a solid $25 million in 54 markets in its international rollout on Wednesday and Thursday from early opening days and previews.

Universal Pictures has been forecasting that the first spinoff of the “Fast & Furious” franchise, starring Dwayne Johnson and Jason Statham, will finish the weekend in the $120 million to $130 million range.

Russia generated $2.2 million to become Universal’s second-biggest summer opening day of all time behind “Minions.” Indonesia opened with $1.2 million for the biggest opening day for a Universal film.

The film opens with its North American release Friday in 63 markets including the U.K., Ireland, Germany, Russia, Mexico, Brazil, Australia and Japan. The international rollout continues through the month with seven additional territories, including China on Aug. 23.

“Hobbs & Shaw” is launching without franchise stalwart Vin Diesel in his signature Dominic Toretto role. Idris Elba plays the villain, a genetically enhanced anarchist, and Helen Mirren returns to portray the mother of Statham’s Shaw. David Leitch, known for his work on “Deadpool 2,” directed the film from a script by “Fast” vets Chris Morgan and Drew Pearce.