With Five More New Releases, Can Any Movie Break Through at the Box Office in August? 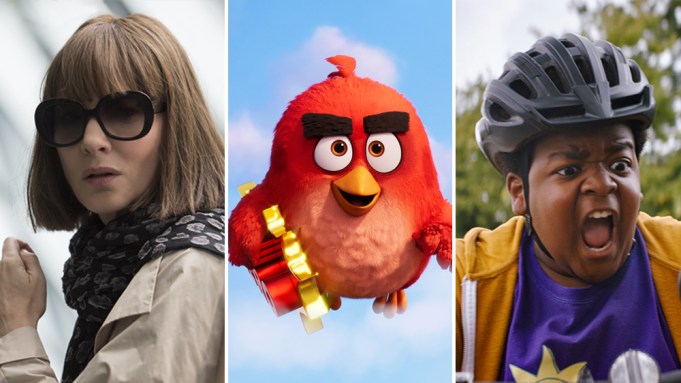 August’s box office traffic jam is turning into full-on pileup. After five new nationwide releases last weekend, most of which failed in spectacular fashion, five more newcomers are arriving on movie theater marquees. It could mean another rough outing for Hollywood studios.

Universal’s raunchy comedy “Good Boys,” Sony’s animated “Angry Birds” sequel and Entertainment Studio’s shark thriller “47 Meters Down: Uncaged” look to have the best start among fresh offerings, but there’s a chance those will be the only films to hit double-digit debuts.

“The Angry Birds Movie 2” is getting a jump on the weekend by launching on Tuesday for a projected $16 million to $18 million from 3,800 theaters during its first six days of release. Some box office watchers estimate the film could reach $20 million, but even those numbers would be a huge drop from its predecessor, 2016’s “Angry Birds.” The first film, based on the once-popular phone app and video game, scored $38 million in its inaugural weekend and went on to earn $352 million globally. The follow-up cost $65 million to produce, slightly less than the first film’s $73 million budget.

In the sequel, the feathered protagonists team up to save Bird and Piggy Islands after advanced weapons threaten their home. The voice cast includes Jason Sudeikis, Josh Gad, Maya Rudolph, and Leslie Jones.

“Angry Birds 2” enters an already crowded family market and will face competition from PG offerings including Paramount’s “Dora and the Lost City of Gold,” Disney-Fox’s “The Art of Racing in the Rain,” and Disney’s “The Lion King” and “Toy Story 4.”

“Good Boys” might star three youngsters — Jacob Tremblay, Brady Noon, and Keith L. Williams — but make no mistake, the R-rated film isn’t for the whole family, unless that family loves sex toys, drugs and the F-word. The movie is expected to earn between $12 million and $15 million from 3,000 venues, a modest start given its $20 million price tag. Comedies have had a tough go as of late, and even acclaimed films including “Booksmart” and “Late Night” failed to turn critical raves into ticket sales. But “Good Boys,” which was produced by Seth Rogen and Evan Goldberg, hopes to reverse that trend. The movie follows three sixth-graders who find themselves tangled in a series of antics while they prepare for their first kissing party.

Meanwhile, “47 Meters Down: Uncaged” is projecting $11 million to $14 million when it debuts in 2,850 theaters. The original movie started small with $11 million but had a long run in theaters, ultimately ending with $44 million in North America. Stars Mandy Moore and Claire Holt didn’t return for the sequel, which instead focuses on four teenage girls who, while scuba diving in a ruined underwater city, find themselves face-to-face with a deadly species of shark.

It’s looking a little bleaker for the rest of this weekend’s newcomers: Warner Bros.’ musical comedy “Blinded by the Light” and Annapurna’s mysterious drama “Where’d You Go, Bernadette.” Both could end up disappointing with debuts in the single digits.

“Blinded by the Light,” a coming-of-age story about a British Pakistani teenager whose life is changed after he discovers the tunes of Bruce Springsteen, should make $4 million from 2,000 locations. Despite a modest $15 million budget, that would be a rough start in an already rocky summer for Warner Bros., which missed with last weekend’s mob thriller “The Kitchen” and May’s “Godzilla: King of the Monsters.” Gurinder Chadha, best known for 2002’s “Bend It Like Beckham,” directed the movie, inspired by the life of journalist Sarfraz Manzoor. Reviews out of Sundance were strong and it holds a 92% on Rotten Tomatoes.

Also targeting a slightly older crowd, “Where’d You Go, Bernadette” is eyeing a $5 million launch from 2,400 screens. Unless the big-screen adaptation breaks out beyond book readers, it could add to Annapurna’s mounting financial woes after a string of underperforming films. Directed by Richard Linklater and based on the best-selling novel by Maria Semple, the movie centers on the titular Bernadette (Cate Blanchett), who curiously disappears just before her family is set to go on a big trip. The cast also includes Billy Crudup and Kristen Wiig.

While there’s certainly no shortage of options, August might end summer on a muted note. For now, all eyes are on Warner Bros. “It Chapter Two” for a much a needed lift at the box office come September.