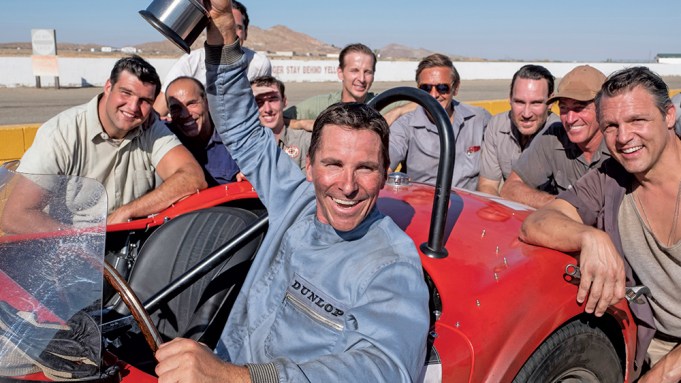 The earnings for “Ford v Ferrari” are in the same range as “Terminator: Dark Fate,” which took in $2.4 million on its way to a $29 million debut on Nov. 1-3 for Paramount.

“Ford v Ferrari” is expected to win the weekend handily with as much as $20 million at 3,528 venues in North America. The Disney-Fox film follows an eccentric team of American engineers and designers, led by automotive visionary Carroll Shelby (Matt Damon) and his British driver, Ken Miles (Christian Bale), who are dispatched by Henry Ford II and Lee Iacocca to build a new vehicle to defeat the dominant Ferrari at the 1966 Le Mans world championship in France.

“Ford v Ferrari,” directed by James Mangold and produced by Chernin Entertainment, has generated 91% on Rotten Tomatoes. The film, which has a $100 million price tag, also opens in most major international territories. Oscar buzz for Damon and Bale could also lead to a long life in multiplexes.

“Charlie’s Angels” is opening with projections in the $12 million to $13 million range at 3,452 sites. Kristen Stewart, Naomi Scott and Ella Balinska play the film’s three angels working for a detective agency. Elizabeth Banks is directing and starring as their boss, Bosley. Patrick Stewart and Djimon Hounsou play the other two Bosleys. Reviews have been mixed, earning the film a 57% Rotten Tomatoes score.

“The Good Liar” is expecting a muted $5 million debut from 2,439 screens for Warner Bros. Ian McKellen stars as a con artist who plots to steal the fortune of a wealthy widow (Helen Mirren) he meets online. Bill Condon directed the movie, based on Nicholas Searle’s novel. “The Good Lie” did not hold Thursday night previews.

Lionsgate’s second weekend of World War II actioner “Midway” should come in third place in the $8 million to $11 million range following a surprise victory in its opening weekend.

“A trio of star-driven wide-release newcomers will do their best to inject some much-needed box office horsepower into a slow-moving marketplace that has had a tough time of late igniting a spark of enthusiasm among moviegoers who over the past few weeks have been an elusive and hard-to-please group of option-rich consumers,” said Paul Dergarabedian, senior media analyst with Comscore.