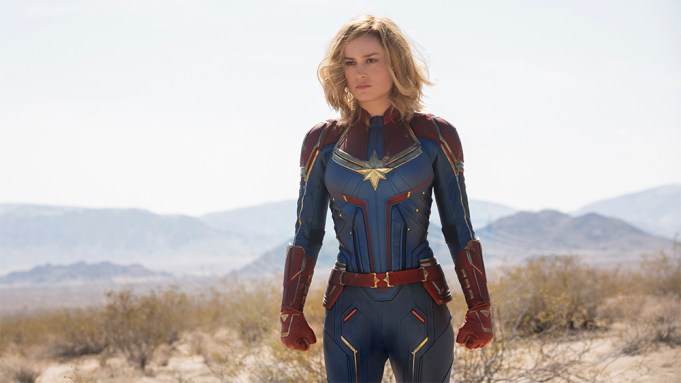 Brie Larson’s “Captain Marvel” is already showing off a lot of power at the international box office.

The latest in the Marvel Cinematic Universe pulled in $78 million in its first two days in 25 markets, including an estimated $34 million opening in China.

“Captain Marvel” will be opening Friday in most international markets including the U.K., Mexico, Spain, Turkey, and India. The $34 million launch in China is the second-highest opening day for a MCU title behind only “Avengers: Infinity War.”

South Korea has generated $5.9 million so far, followed by $4.8 million in Indonesia and $3 million in Brazil — representing the second-highest opening day in industry history in Brazil, behind only “Infinity War.” France has totaled $2.9 million in two days, Australia launched with $2.5 million, Russia started with $2.1 million, and Thailand launched with $1.9 million.

Disney reported that “Captain Marvel” is ahead of other first-installment MCU films such as “Black Panther,” “Doctor Strange,” and “Ant-Man” in most international territories.

“Captain Marvel” earned $20.7 million from Thursday night previews in North America for the 18th-highest preview number of all time and the fifth-biggest for a Marvel title. It’s expected to take in at least $125 million this weekend in North America and provide a jolt to the slumping domestic box office, which is down 27% so far in 2019.