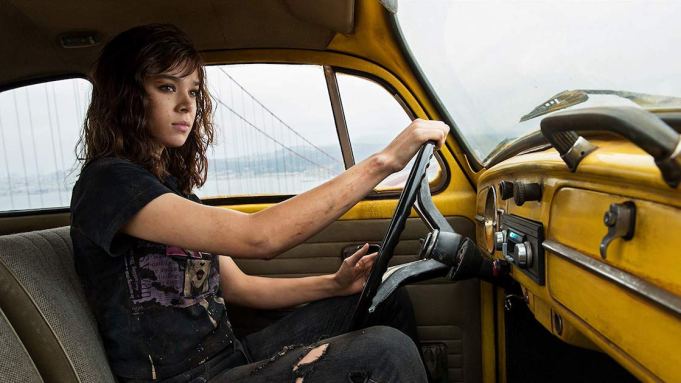 “Aquaman” may be the reigning champ in North America, but a familiar autobot conquered the international box office this weekend.

Paramount’s “Transformers” origin story “Bumblebee” ended “Aquaman’s” four-week reign at No. 1 overseas, pulling in $82.7 million in 63 foreign markets. The boost was thanks to a strong start in China, where “Bumblebee” generated $59.4 million when it debuted in 9,180 locations. This weekend’s bounty takes the blockbuster to $192 million abroad and $289 million worldwide.

Hailee Steinfeld stars in the sci-fi prequel, which launched in a handful of new territories this weekend. After China, Colombia saw the best opening with $1.1 million, followed by India with $1 million, and Poland with $486,000. “Bumblebee” bows in its final major market, Japan, in March.

“Bumblebee” might have defeated “Aquaman” this go-around, however, DC’s superhero blockbuster still had a mighty weekend overseas. The Atlantean adventure starring Jason Momoa and directed by James Wan generated a solid $56.2 million in 79 territories for a massive international tally of $681 million. “Aquaman” is now Warner Bros.’ highest-grossing comic-book movie abroad, surpassing the record previously set by “The Dark Knight Rises” with $636 million.

“Aquaman” has now generated a heroic $940 million worldwide, with $282 million of that coming from China alone. The tentpole bowed in another new market this weekend, Italy, with $7 million. Among holdovers, the movie fared well in France ($4.8 million), Korea ($4.6 million), and Australia ($4.6 million).

Meanwhile, “Mary Poppins Returns” added another $23 million from 47 locations, taking its foreign tally to $119 million.The musical earned another $15.8 million in North America for a weekend haul of $38.8 million worldwide. Emily Blunt and Lin-Manuel Miranda star in the sequel to the 1964 classic, which has now crossed $250 million at the global box office.

Elsewhere, Fox’s “Bohemian Rhapsody” continues to rock overseas with another $17 million this weekend. The Queen biopic featuring Remi Malek as iconic frontman Freddie Mercury has drummed up a towering $550 million internationally and $743 million worldwide. Given its production budget of $52 million, they are the champions, my friend.

Among new releases, Universal’s “How to Train Your Dragon: The Hidden World” began its gradual rollout picking up $5.3 million in two territories: Australia and New Zealand. The third movie in the animated series launches in North America on Feb. 22.