‘Avengers: Endgame’ Looks to Fend Off ‘Detective Pikachu’ With $68 Million 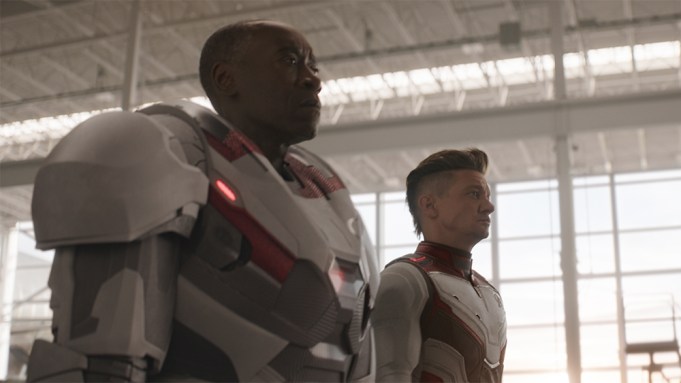 When it comes to the box office, the Avengers’ moves are still super effective.

“Avengers: Endgame” is heading for around $68 million in its third weekend in North America, fending off the opening of “Pokémon Detective Pikachu” with about $55 million, early estimates showed Friday.

The opening of revenge comedy “The Hustle,” starring Rebel Wilson and Anne Hathaway, is performing at the top of expectations with about $14 million while the launch of Diane Keaton’s cheerleader comedy “Poms” is headed for the low end of forecasts with about $7 million to $8 million. Fox Searchlight’s “Tolkien” is showing little traction in its launch with about $3 million.

“Endgame” is heading into the weekend with $660.4 million in its first two weeks in North America and should wind up the frame with a total of around $725 million. The would leave it behind only two titles on the all-time domestic chart: “Star Wars: The Force Awakens” at $936 million and James Cameron’s “Avatar” at $760 million. It will go past “Black Panther” at $700 million and “Avengers: Infinity War” at $679 million during the weekend.

“Avengers: Endgame” could also wind up with the second-largest third weekend domestically of all time. “Star Wars: The Force Awakens” has the record for top third weekend, with $90 million domestically, followed by “Avatar” at $68 million and “Black Panther” at $66 million.

Warner Bros.-Legendary’s “Detective Pikachu” is coming in somewhat above studio estimates, which had forecast a three-day total of around $50 million.

“Detective Pikachu” carries the drawing power of Ryan Reynolds, who voices the yellow Pokemon in the fantasy-mystery. The story centers on Justice Smith’s teenage character teaming up with his dad’s Pokemon partner to search for his missing father. Rob Letterman directed the film, based on the popular Pokemon series and the 2016 video game of the same name.

United Artists’ “The Hustle” had generated forecasts of $9 million and $14 million from 3,007 locations. Reviewers have been unimpressed, giving the film a dismal 17% score on Rotten Tomatoes.

“Poms,” which also stars Jacki Weaver, Pam Grier, Celia Weston and Rhea Perlman, follows a group of women in a retirement community who form a cheerleading squad. It had been expected to earn between $7 million and $10 million when it launches in 2,750 venues. Its current Rotten Tomatoes score is 28%.

Fox Searchlight’s biopic “Tolkien” is also debuting at 1,495 sites amid modest expectations. Nicholas Hoult, Lily Collins, Colm Meaney and Derek Jacobi star in the film — the first Fox Searchlight title to hit theaters since the Fox studio was acquired by Disney in March.