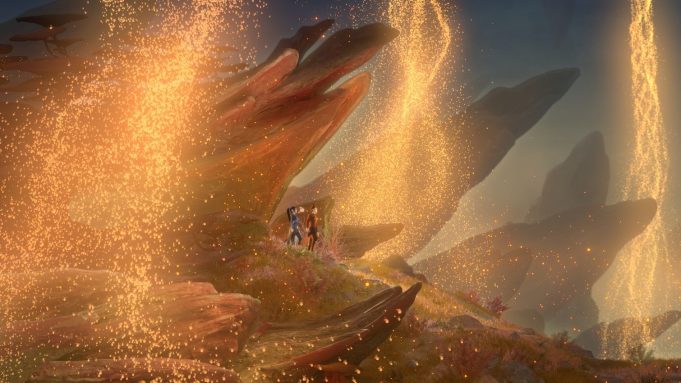 Chinese entertainment group Fantawild is at Cannes this year shopping two films: its new animated feature “Realm of Terracotta,” set for its China debut this July, and “Boonie Bears: Blast from the Past,” which came out during the competitive lunar new year holiday period in February and grossed $104 million in the mainland.

“Realm of Terracotta” is set in a world where the famous terracotta warrior statues guarding the mausoleum of the first Qin emperor have come to life and are in the midst of an epic war with fantastical beasts and monsters. It follows the journey of one of them as he fights to become a great warrior and falls in love. In its promotional materials, Fantawild emphasizes the elements taken from “marvelous Chinese culture,” such as kung fu and mythology.

Under Chinese President Xi Jinping, companies have been encouraged to create content that “tell the Chinese story” — a popular propaganda catch-phrase — and portray China in a positive light.

Fantawild is best known for its “Boonie Bears” franchise, which began as a popular TV series on air since 2012 and has since been spun off into six films in the past seven years that have collectively brought in more than $400 million at the box office. The property brings in about $390 million of merchandising revenue a year.