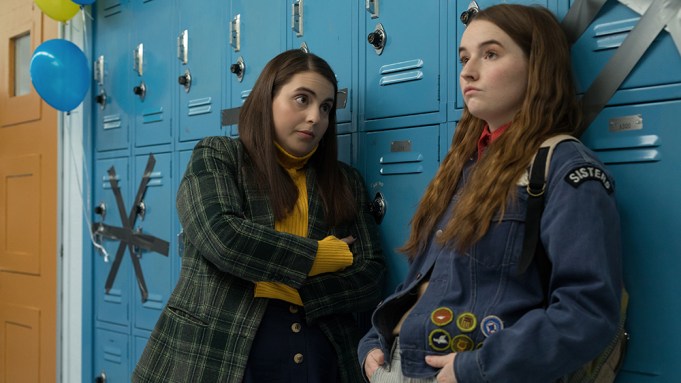 “Booksmart” soared after its South by Southwest debut with glowing reviews, with some critics hailing it as the next classic teen comedy. But that didn’t translate to box office success in its first weekend.

It opened to $8.7 million, far behind comedies like “Superbad” that it’s been compared to. But some celebrities, including Taylor Swift, are hoping word-of-mouth can bring more audiences to the coming-of-age comedy.

The film marks actor-turned-director Olivia Wilde’s feature debut behind the camera, spurring many of the celebrity fans to encourage buying tickets in a show of support for female filmmakers. In addition to starring Kaitlyn Dever and Beanie Feldstein, it was also written by female scribes.

Wilde tweeted that supporting the film would help pave the way to greenlighting more women-led projects. “We are getting creamed by the big dogs out there and need your support. Don’t give studios an excuse not to green-light movies made by and about women,” she wrote.

Anyone out there saving @Booksmart for another day, consider making that day TODAY. We are getting creamed by the big dogs out there and need your support. Don’t give studios an excuse not to green-light movies made by and about women. 💪❤️💪

Ryan Reynolds, who lends his voice to the titular character in “Detective Pikachu,” one of the movies that played against “Booksmart” this weekend, threw in his support as well. “BOOKSMART. Don’t walk, RUN to see this. Today and all summer. Holy s—.”

See more shows of support from celebrities below.

I have seen it once an I’m gonna go again this weekend! That’s how much i love this hilarious, poignant movie! Come see #booksmart with me! https://t.co/N3acLqRWS7

Just have to add my praise out there for #Booksmart. I loved it. I had so much fun watching it and you can tell it was such a joy to be a part of. Go support women filmmakers!! @oliviawilde

BELIEVE THE HYPE MY FRIENDS!! This movie brought me so much joy and nostalgia and laughter and love and empowerment and I really really want everyone to go see it THIS WEEKEND! SO! LA Graduating Class of 2019 – @jennikonner and I are buying out a theater so you can see #BooksmartMovie on us! • Just show up to the Regal Edward Long Beach 26 THIS FRIDAY MAY 24! Showtimes – 5:00pm, 7:45pm & 10:35pm find the person in @Booksmart swag, and you & a guest will get in for free!! • First come, first served. Tickets available while supplies last!!! Regal Edwards Long Beach 26 Address: 7501 Carson Blvd, Long Beach, CA 90808