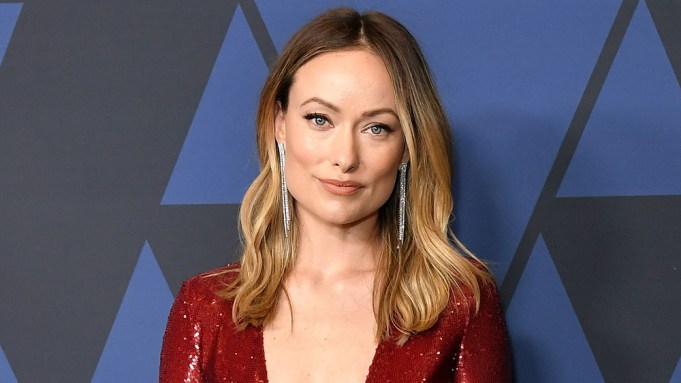 UPDATED: “Booksmart” director Olivia Wilde and stars Kaitlyn Dever and Beanie Feldstein expressed shock and disappointment over news that an edited version of their film shown on an airline cut out the film’s lesbian sex scene.

She continued, “There’s insane violence of bodies being smashed in half and yet a love scene between two women is censored from the film. It’s such an integral part of this character’s journey. I don’t understand it. My heart just broke. I’m trying to get to the bottom of it; I want people to experience the entire film.”

Wilde did not name an airline censoring “Booksmart” during the red carpet. However, social media reports called out Delta in particular for editing down the queer storyline.

Feldstein similarly promised to get “to the bottom” of the censorship.

“We’re on the case to get this rectified. Our movie is a beautiful representation of the queer experience as young people,” the actor, who first read about the news on Twitter during her car ride to the award show, said. “I’m a queer person. So we’re getting to the bottom of it, don’t worry. If you can watch me and Skyler [Gisondo] kiss, you can watch Diana [Silvers] and Kaitlyn kiss.”

Dever had not heard about the censored scene until both actors were asked about it by Variety.

“It’s ridiculous,” Dever said when informed of the news. “I don’t even know what to say to that. That makes me so mad.”

Wilde also tweeted about the situation on Monday morning upon learning that Delta was also apparently censoring the word “lesbian” in the movie, calling it “bats—- insane.”

Censoring the word lesbian is just batshit insane what is going on 😳 https://t.co/Rdq2wh68QO

[SPOILER ALERT: “Booksmart” plot details ahead.] Before hitting the red carpet on Sunday night, over the weekend, Wilde retweeted a Twitter user saying an unspecified airline removed the film’s scene where Dever and Silvers’ characters make out in the bathroom at a party. The awkward hook-up scene features Dever and Silvers kissing, off-camera digital penetration and ends with Dever’s character throwing up on Silvers’.

While sexual content of all kinds is routinely edited out of airlines’ versions of movies, the initial kiss between Dever and Silvers’ characters was also reportedly edited out. The film’s other kisses between heterosexual couples (portrayed by Feldstein and Gisondo, as well as Mason Gooding and Victoria Ruesga) were not censored, according to social media reports.

Delta released a statement following the outcry saying that it did not request that the scenes or the word “lesbian” be removed.

“Delta’s content parameters do not in any way ask for the removal of homosexual content from the film,” the statement reads. “We value diversity and inclusion as core to our culture and our mission and will review our processes to ensure edited video content doesn’t conflict with these values.”

Wilde initially called the issue a “bummer” in a tweet.

This is truly a bummer. There is no nudity in this scene. What makes it too obscene for airplane viewing? What airline? https://t.co/5QwlomY2fR

As some Twitter users pointed out, Delta tweeted about its allyship for the LGBTQIA+ community less than two weeks ago.

Purple and proud all year long. We’re honored to stand with the LGBTQ+ community and @glaad with their mission supporting acceptance for everyone. #SpiritDay pic.twitter.com/qCXvsmIJnD