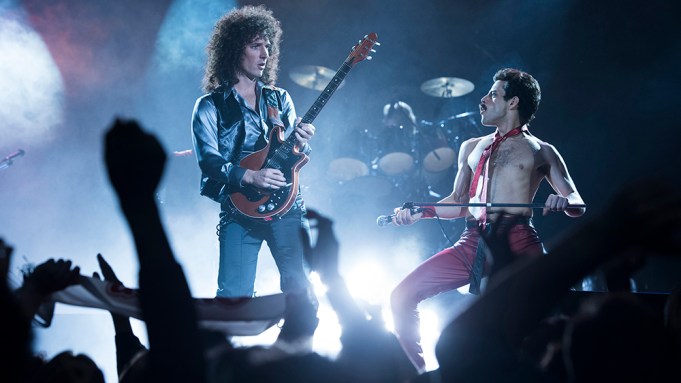 “Bohemian Rhapsody” producer Graham King provided insight into some of the events surrounding the Golden Globe-winning film Saturday at the Producers Guild Awards Nominees Breakfast, including director Bryan Singer’s departure from the film partway through production.

“It’s an unfortunate situation, with like 16, 17 days to go and Bryan Singer just had some issues, his mother was very sick, and he’s the kind of guy that he needs to have 100% focus,” King explained at the Skirball Cultural Center. “He just said, I want to hiatus the film, and deal with what he had going on in his life. And the studio wanted to finish the film. And of course, my job is to protect the film at any cost and that’s what I was there to do.”

Fox terminated Singer under the “pay or play” provision of his contract, sources indicated at the time, due to his repeated failures to show up on the set, which brought production to a halt in Dec. 2017. He received a directing credit on the film, though was conspicuously not acknowledged during Golden Globes acceptance speeches for “Bohemian Rhapsody.” After firing Singer, Fox hired Dexter Fletcher to direct the last two weeks of the film.

“We were such a family by then, Rami [Malek] was driving that train every morning…we just all did what we had to do to get the movie finished,” King continued.

He also revealed that though Sacha Baron Cohen has been touted as the original actor cast in the role of Freddie Mercury, no one was officially signed until Malek.

Malek won the Golden Globe for best performance by an actor in a motion picture drama, and “Bohemian Rhapsody” took home the best picture – drama award as well.

King is the sole “Bohemian Rhapsody” producer in contention for the PGA’s Darryl F. Zanuck Award for Outstanding Producer of Theatrical Motion Pictures. Ten titles have been nominated and the winner will be announced Saturday night at the Beverly Hilton Hotel.

King’s answer came in response to a question by PGA President Lucy Fisher, who was asking producers on the panel about the most difficult aspects of bringing their projects to screen.

Producer Lynette Howell Taylor discussed the struggles that fellow producer Bradley Cooper faced on “A Star Is Born,” noting that he had to persuade Warner Bros. executives of the necessity of casting Lady Gaga: “He had to fight so hard. He had to shoot test footage because they weren’t sure of her.”

“Vice” producer Kevin Messick recalled that it took a full six months to get Christian Bale’s look as Dick Cheney right — the day before production began. Bale had gained 40 pounds for the role.

“BlacKkKlansman” producer Raymond Mansfield revealed that the first cut of Spike Lee’s film — set in the 1970s — had included the memorable final scene showing white supremacists marching with torches at Charlottesville in 2017. “I can’t watch it without crying,” he added.

He also said that Lee attempted to make the Klan members in the movie seem as realistic as possible, adding, “The more you make them real characters, the scarier they are.”

“Roma” producer-director-writer Alfonso Cuaron elicited major laughs from the capacity crowd in describing his internal relationship as a producer with himself as a director, saying, “I would hide. I wouldn’t want to talk to that asshole.”

Cuaron said he began working on “Roma” in 2006 but lost his nerve until he partnered with Participant Media about three years ago.

“The Favourite” producer Ceci Dempsey recalled that she began working on the project in 1998 when she read the Deborah Davis script “Balance of Power.”

“Crazy Rich Asians” producer John Penotti recalled that the nervousness over making an all-Asian cast film began to dispelled prior the August opening.

The panel included Kevin Feige of “Black Panther” and Andrew Form for “A Quiet Place.” Fisher noted that there were only two women (Dempsey and Howell) on the panel, adding, “Hopefully next year there will be a few more of us sitting up here.”

Watch the King interview above.