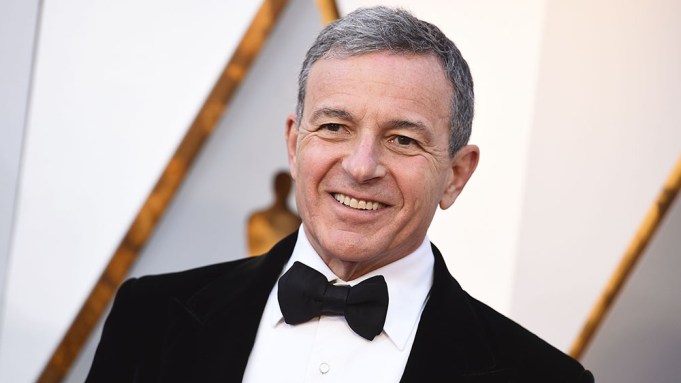 Disney chief Bob Iger has tried to stay “open-minded” about the possibility of Kevin Hart hosting the Feb. 24 Oscar telecast on ABC after all, but he’s not holding his breath.

The controversy surrounding Hart and the questions about whether the Oscar telecast will try going host-less this year was the talk of the red carpet at Sunday’s Golden Globes. Iger indicated that he has been following the issue but has stayed out of the decision-making process.

“Based on what I’ve heard and what I’ve read, (Hart) didn’t want to subject himself to more of the criticism he’s already received,” Iger told Variety on the Globes red carpet. “I think we just have to accept that outcome.”

Hart was unveiled as Oscar telecast host on Dec. 4 — after publicly lobbying for the gig — but dropped out two days later amid condemnation from LGBT activists and others about old Twitter messages and jokes that were widely deemed homophobic and offensive.

Hart has said he withdrew because he objected to the Academy of Motion Picture Arts & Sciences’ mandate that he publicly apologies for the sentiments in those years-old tweets. Hart maintains that he has apologized in the past — a point disputed by his detractors — and that people should be afforded the opportunity to “learn” and grow” over time.

Even with all the debate spurred by Hart’s selection, Iger would have been OK with seeing Hart take the helm so long as he also expressed some kind of apology for past hurtful statements.

“If you’re asking me whether I would have accepted him actually him doing it, the answer is yes, provided that he showed a little bit of contrition for some of the things he said a while back,” Iger said. “I was open-minded about it.”

Although he’s the big boss of all things under the Disney umbrella, Iger said he’s leaving the decision about the Oscar host to AMPAS and ABC. “I don’t have any bright ideas,” he said. “I’m sure they’ll find someone or someones.”

Iger hopes the issue will be settled by the time the nominations for the 91st annual Academy Awards are released on Jan. 22. “I’m sure they’ll make a decision soon,” he said.