Continue to Variety SKIP AD
You will be redirected back to your article in seconds
Dec 11, 2019 11:33am PT 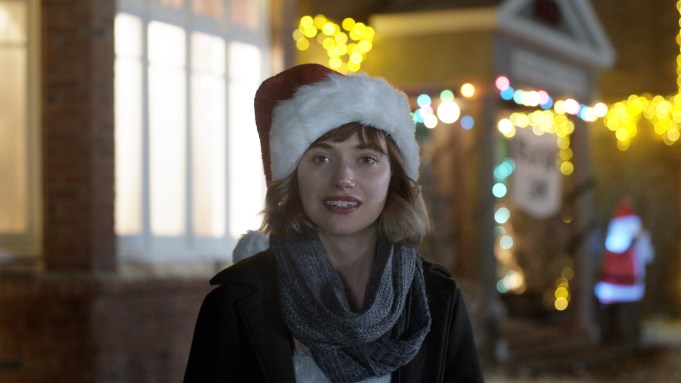 In 1974, “Black Christmas,” a slasher horror film set on a college campus just before winter break, hit American theaters just before the holidays. Many years later, a 2006 version retold the tale. Now, moviegoers looking for a good scare are in for a creative re-imagining of the slasher tale with the Dec. 13 release of the very loose reboot. “Black Christmas” looks to move the slasher genre forward into new territory by honing in on themes of campus rape culture, systemic misogyny and the #MeToo movement.

In the original movie, sorority girls are picked off one by one by a deranged killer just before leaving for the holidays, and the ending, to director and co-writer Sophia Takal, was just too misogynistic. There was no “final girl” who evades death like in “Texas Chainsaw Massacre,” “A Nightmare on Elm Street,” or “Halloween” — instead, there was an open-ended threat that all of the sisters would meet their gruesome demises at the hands of a male murderer.

Takal wanted to take the story in a different direction to push genre boundaries, focusing on the complexity of female friendships and the reality of American college campus rape culture. The filmmakers decided to switch the killer from a deviant hiding inside the girls’ house to a band of cult-esque fraternity brothers, partially inspired by Stanley Kubrick’s “Eyes Wide Shut.”

Takal says that the original movie’s ending inspired the new direction. “You can never let your guard down, you always have to keep fighting. And that was what we wanted to make a movie about,” the director explains. “Some of the men that people have called out during the #MeToo moment were reintegrating into the world without having to totally reckon with what they’ve done.”

Takal says the film she most relates it to in terms of capturing the tone of the original film is Luca Guadagnino’s recent “Suspiria” reboot.

“I watched ‘Eyes Wide Shut,’ which has some interesting cult aspects to it. That, particularly for production design, was a big reference,” says Takal. “I watched the first ‘Indiana Jones’ because the ending kind of reminds me of [it]. I watched ‘Invasion of the Bodysnatchers’ — that was more for this loose ‘70s cinematic style that I love.”

Jason Blum, head honcho at Blumhouse who brought horror movies such as “Us,” “Get Out,” “Split” and many more to the big screen, initially came to Takal with the idea to re-imagine “Black Christmas,” since the studio had rights to the original. Takal, who also acts, last year became the first woman director hired by Blumhouse for the Hulu anthology “New Year, New You.”

Takal brought on film critic and screenwriter April Wolfe as a co-writer and the two got cracking on a short timeline, completing “Black Christmas” in about a year. Together they wrote from a female perspective, adding details like diva cups and the self defense trick of putting keys between fingers. These behind-the-scenes elements help make the movie female-centric and female-empowered.

“This is a movie that really takes women as whole human beings and that means that they’re neither wispy characters without a back story nor 100% perfect, bad-ass strong women,” Takal says. “We’re showing women who are flawed and who have growth to do — who help each other grow through one another.”

Both writers said that they wanted to honor original director Bob Clark’s vision and characterizations, but noticed as they were writing that they were inevitably updating it for the times, amidst the #MeToo movement. In one scene, the sorority sisters perform a holiday song at a fraternity-hosted talent show and the lyrics turn from light-hearted into a call-out of date rapes and sexual violence in frat houses.

The filmmakers thought these thematic elements could result in an R rating, but in the end they obtained a PG-13 rating as they had intended. For Imogen Poots (Riley), this song, mostly written by Riki Lindhome of the band Garfunkel and Oates, was one of her favorite scenes to film.

“We wanted to do something to ‘Santa Baby’ because it has this overtly sexual nature to it and we were going to reinvent that. The thing is ‘Santa Baby’ costs a lot of money, so we had to re-engineer it and the thing is that sometimes those constraints are really good because you come up with really awesome stuff,” Wolfe recalls.

When bonding with her other “sorority sisters” on and off set, Poots and the cast had conversations about the pressures and responsibilities of being women in the entertainment business right now.

“It was really interesting to go to work and have your colleagues be primarily women,” says Poots, “There are many films where the male cast members outnumber the women greatly. It was really cool to feel part of a troop of women and be directed by a woman, doing a script written by a woman. There was so much femininity there.”

Takal explains that she tried to be even-handed in her depictions of all of the characters, from the complicit woman who sides with the patriarchy to the young man who rebels against it, and everything in-between.

“I feel like one of the things that was really important to me in this movie was to be balanced and show all different points of view about male and female relationships and gender politics. Or as many points of view as I could. I definitely don’t speak for the whole gender spectrum in this movie, that’s for sure,” Takal says.

She continues, “I think that [men] will hopefully find some humor in it and see themselves in all the dudes, not only the bad dudes. These guys do really want to help, they do love the women and their lives and want to be good people. Sometimes it’s really confusing to know how to do that, how to be an ally.”