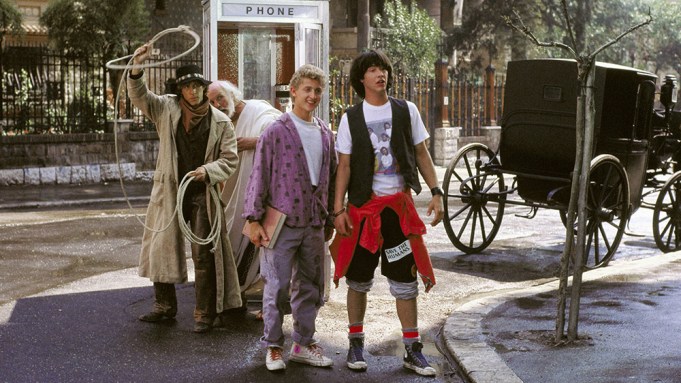 Keanu Reeves and Alex Winter will return to the big screen in “Bill & Ted Face the Music” on Aug. 21, 2020. The duo made the announcement in a short video shot at the Hollywood Bowl, where they’ll “never play.” Production began on Wednesday.

MGM owns the rights and will debut the movie in the U.S. under its United Artists Releasing banner. Bloom is handling international sales.

The original pic saw the slacker duo travel through time to assemble historical figures for their high-school history presentation. In the new film, middle age and the responsibilities of family have caught up with these two best friends, who have not yet fulfilled their destiny to pen the greatest song ever written. With the fabric of time and space tearing around them, a visitor from the future warns that only their tune can save life as we know it — forcing Bill and Ted to set out on a time-travel adventure to find inspiration for the song.