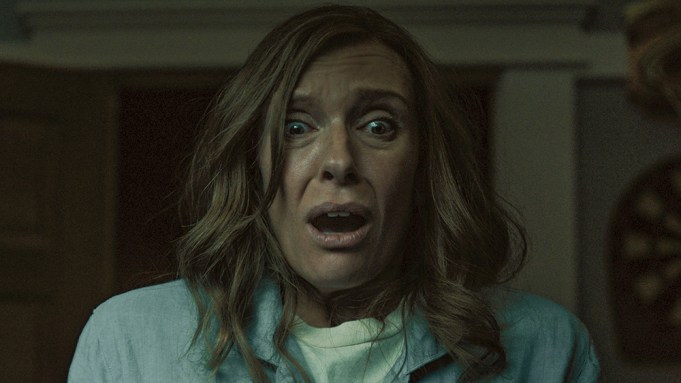 Good horror movies aren’t always easy to scare up, but with Halloween on the horizon, Variety has compiled a list of some of the best horror films available on Netflix, Amazon Prime and Hulu.

Cult horror meets religious hypocrisy in this creepy gothic thriller, which follows prodigal son Thomas Richardson, who returns home to find that his sister is being held for ransom by a religious cult. But after traveling to the organization’s isolated island and infiltrating its tight-knit community, he discovers that his missing sister may be the least of his problems.

The Autopsy of Jane Doe

Morgues are a commonality in the horror genre, but rarely is a horror film set almost entirely in one. “The Autopsy of Jane Doe” capitalizes on its claustrophobic environment with some truly terrifying scares as father-son duo Tommy and Austin investigate an unidentified, dead — or is she? — woman.

As Above So Below

While on the hunt for Flamel’s Philosopher’s Stone — and the eternal life that supposedly comes with it — archaeologist Scarlett Marlowe (Perdita Weeks) enters the Parisian catacombs where she encounters some decidedly unscientific phenomena. Crazy cult magic and found footage all combine to make this film a spooky candidate for any horror viewing.

Before her “Ready or Not” appearance, Samara Weaving played a blonde bombshell babysitter who seemed to have it all. But when she takes on a babysitting gig for Cole (Judah Lewis), we quickly discover that her signature blonde locks aren’t so innocent after all. This playful entry into the teen-horror genre provides just as many laughs as it does screams, making it a fun watch for both fans and non-fans of horror alike.

Brian De Palma’s dazzling 1976 adaptation of the Stephen King bestseller, with its iconic ending, is a must for any spooky gathering. The film follows a young girl as she begins to develop a series of psychic powers only for things to go awry after some stereotypical mean girls embarrass her at her high school prom. Throw in a religious fanatic mom to boot, and you’ve got yourself a classic.

The first of seven entries in “The Conjuring” universe, this haunted house flick introduces some new jump-scares (think clapping) into a genre that’s been capitalizing off of unsuspecting fans for years. In typical horror movie form, the film’s central family begins to experience some supernatural occurrences after moving into a new house, forcing them to turn to a husband-and-wife ghost-hunting duo for guidance.

Patrick Brice puts his mark on the found footage genre with this terrifying tale about a videographer who drives to a stranger’s house to film a video for the man’s unborn child. But as the day goes on, the client’s requests get more and more bizarre until not even murder is off the table.

After enjoying an evening visit with her neighbor Sarah Greene (Samantha Sloyan), writer Madison Young (Kate Siegel) encounters a masked murderer set on killing her in typical slasher fashion. The twist? She’s deaf, and the film is largely devoid of any typical horror film sounds. You’ll be screaming at Young from the moment the killer appears on screen, whether she realizes it or not.

The first in a series of films, but the third chronologically, “Insidious” follows a young couple whose son enters a comatose state and becomes a vessel for ghosts who are trying to inhabit his body — a serious issue made even more serious when the film’s leads realize that it’s not just ghosts trying to take control.

Fans of the outdoors be wary — this film follows four friends as they embark on a mountainous hike through Sweden where, in typical horror film fashion, they discover that they aren’t the only things hiking in the woods. Based on the 2011 novel of the same name, this horror flick takes a new look at the monster movie with some exciting tinges of Swedish mythology and cultish rituals.

This self-referential meta classic offers a cheeky look at the over-saturated horror genre with a legendary opening sequence and some solid scares. Although later entries may be a bit lacking in the sequel department — and some might say that’s the point — the franchise is perfect for any Halloween horror binging.

This unexpected zombie hit broke records when it debuted in theaters, becoming the first Korean film of 2016 to reach 10 million theatergoers. After a zombie apocalypse breaks out across Korea, passengers must fight for survival aboard a high speed train filled with bloodthirsty zombies in every car.

Tucker and Dale Vs. Evil

In perhaps one of the most convoluted misunderstandings in horror film history, this horror-comedy follows two goofy hillbillies who accidentally take on the mantle of homicidal killers after a series of accidental deaths in the woods where they live. Although not the most terrifying horror movie to grace the big screen, “Tucker & Dale vs. Evil” will make you laugh in between some pretty gruesome murders and surprising jump-scares.

This 17th century period flick takes a new look at the devil genre by going back to the very origins of religion in America. When a small family moves out into the wilderness to pursue their conservative beliefs, strange happenings begin to occur, all tying back to the family’s mysterious black goat. What follows is 90 minutes of slow-burning terror as the core values of a small Puritan family are tested against the might of the devil himself.

This terrifyingly-true-story film follows one of Spain’s most infamous paranormal cases: the alleged possession of Spanish school girl Estefanía Gutiérrez Lázaro. Brought to life by a young girl named Veronica, the terrifying tale shows the true dangers of using a Ouija board — as if we needed any more reasons to stay away.

Science meets horror in Alex Garland’s psychological slow burn. Centering on an alien anomaly known as the shimmer, “Annihilation” follows a group of female scientists as they try to track the origins of the mysterious quarantine zone, coming across a number of strange mutations — many of which are deadly.

John Krasinski stars in this fresh take on the alien apocalypse, which follows Krasinski and his fictional family in the aftermath of an alien invasion. Set on an isolated farm, the family must mask every sound from the surrounding aliens, who possess uncanny hearing abilities. With a unique extraterrestrial design and some genuinely terrifying — and silent — moments, “A Quiet Place” is a great post-apocalyptic entry for any horror list.

With a subversive holiday setting and some solid slasher kills that sit outside of the traditional horror movie rules, this classic film will have you ready for both Christmas and Halloween in one sitting. When a group of sorority girls start getting some anonymous phone calls over winter break, it all seems like good fun until some of them start going missing. A remake is due in theaters on Dec. 13.

Ari Aster’s film became an instant cult classic when it premiered in 2018, due to its shocking imagery and disturbing deaths. Starting out like a traditional haunted house film, “Hereditary” only gets more and more sinister the longer it goes on, rounding each corner with twists you definitely won’t see coming.

It Comes at Night

This family-oriented film centers on the fallout after a global outbreak of a deadly disease. Seeking refuge from the sickness, Paul (Joel Edgerton) has hidden his family away in a secluded forest location only to encounter another family also seeking shelter. However, as distrust builds between the families, the invisible threat of infection becomes just as terrifying as any horror monster.

This 1983 summer camp slasher is not for the faint of heart. The first of four films, “Sleepaway Camp” follows a young girl sent to a summer camp where a series of murders begin to unfold, resulting in an iconic, shocking scene that has cemented the film in horror history forever.

Luca Guadagnino had some big shoes to fill when he took on Dario Argento’s 1977 classic, but he put a different twist on this artful take on an already phantasmic film. Set in 1970s Berlin, young dancer Susie Bannion auditions for an esteemed dance house only to uncover an underlying dark secret.

The Hole in the Ground

The Silence of the Lambs

Anthony Hopkins solidified his place in the villain hall of fame with his turn as Dr. Hannibal Lecter in this legendary film. Despite being more of a thriller than a straight horror film, “The Silence of the Lambs” will still give you the chills right from its very first “Good evening, Clarice.”

Horror legend Clive Barker wrote and directed this classic, which set off a massive franchise spanning more than six sequels. When Frank Cotton (Sean Chapman) buys and solves a mysterious puzzle box, he accidentally opens a portal to a different dimension where sadomasochistic beings called cenobites reside. Although terrifying in appearance, the cenobites are quite articulate, bringing a new flavor to the typical horror film villain and creating a rich horror universe with dynamic characters and, of course, some gory scenes.

This Darren Aronofsky film makes for a fascinating horror watch that will leave you feeling uneasy — albeit scratching your head at the same time. With some serious religious undertones, this strange film also comes packed with a number of disturbing scenes that are sure to leave viewers anxious at every turn.

The first of a seemingly never-ending horror franchise, “Saw” helped popularize an entire sub-genre of torture-porn horror beginning with its iconic bathroom scene. Despite the series’s increasingly convoluted plot, “Saw” offers some solid scares and some truly gut-wrenching traps alongside a legendary horror villain.

Sam Raimi’s “The Evil Dead” is about as depraved as it gets, set in an isolated cabin with demons, black magic and gruesome special effects. When five college students decide to vacation in the woods for the summer, they bit off a bit more than they can chew after they accidentally release a legion of spirits upon themselves. Since its release, the film also spawned a huge media franchise spanning both film and television, including a 2013 remake that’s also worth a watch.

After growing up in an orphanage, Laura (Belén Rueda) decides to return and convert it into a home for sick children with her husband. Once there, however, her own son goes missing, and Laura begins hearing spirits throughout the house.