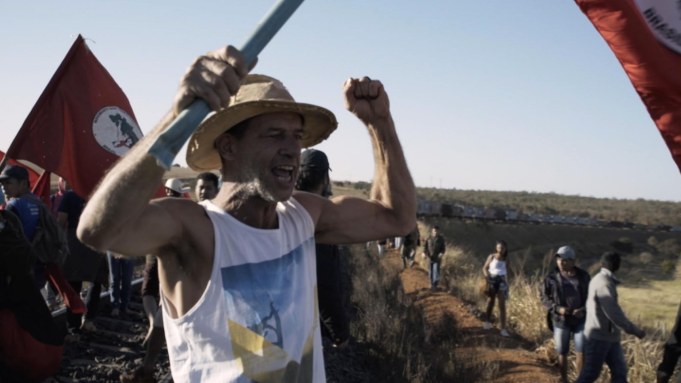 Both features will play at this year’s Berlinale Forum and come from young Latin American filmmakers making their feature debuts.

FiGa typically backs seven-to-eight features a year which demonstrate a strong social conscience and explore contemporary, hot-button themes. Typically the company looks to board early on in a film’s lifecycle, employing its expertise to help find the festivals and exhibitors around the world that offer the best fit for each film.

The film turns on Isabel, a rural wife and mother of two who lives in a small wooden house in the Costa Rican countryside. A stay-at-home mom, Isabel picks up extra work filling sewing orders and leaving what she does make for her husband to manage. While pressure mounts on Isabel to provide the son her husband has always wanted, she retreats into a daydreaming world where she designs the clothes she makes and has her own store.

Her habits, the heat, her long hair, the insects that invade even the most intimate spaces, and the pressure of her family begin to distort Isabel’s imagination, forcing her to confront herself, her environment and her family.

Camila Freitas’ Brazilian documentary “Landless” examines how soil can be sustainably farmed, juxtaposed with the struggles of the region’s Landless Workers’ Movement (MST). On property owned by an indebted sugarcane processing plant in the process of filing bankruptcy, the occupying movement pressures the government into enacting land reform and redistributing the territory.

On the other side of the dispute are a group of wealthy landowners who control more of the country than at any point in its history. The conservative forces connected to the landowners have committed themselves to hunting down the occupying resistance movement.