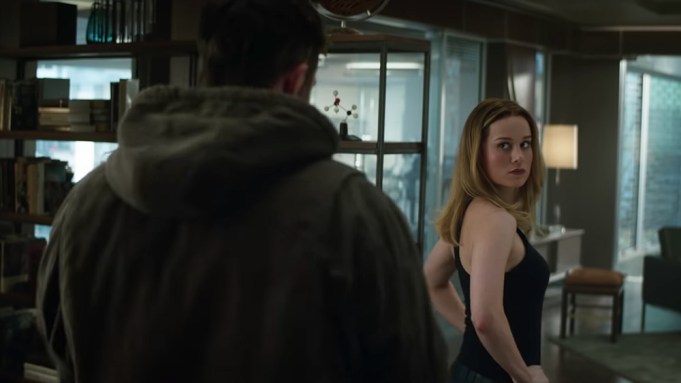 Earth’s Mightiest Heroes are willing to do whatever it takes to defeat Thanos. At least, the ones who survived the intergalactic villain’s deadly wrath in the last superhero mashup, “Avengers: Infinity War.”

Disney unveiled new footage from the highly anticipated follow-up, “Avengers: Endgame,” the fourth “Avengers” movie that closes out a major chapter in the Marvel Cinematic Universe. The sequel sees Iron Man (Robert Downey Jr.), Black Widow (Scarlett Johansson), Captain America (Chris Evans), Ant-Man (Paul Rudd), and the remaining band of heroes devising a plan to take down Thanos after he wiped out half the galaxy.

“I keep telling everybody they should move on,” a somber Captain America says in the dreary trailer. “Some do — but not us.”

The Avengers are nothing if not resilient.

“Even if there’s a small chance, we owe this to everyone who’s not in this room to try,” Black Widow says.

Brie Larson’s Captain Marvel, who will make her “Avengers” debut in “Endgame,” might just be the universe’s saving grace. Ahead of her on-screen debut in “Captain Marvel,” her character was teased during a post-credits scene in “Infinity War” that saw Samuel L. Jackson’s Nick Fury page the heroine just before he turned to smithereens.

“I like her,” Chris Hemsworth’s Thor deduces after meeting the mighty Carol Danvers.

“Infinity War” directors Anthony and Joe Russo, and screenwriters Christopher Markus and Stephen McFeely return for the new installment. “Avengers: Infinity War” generated over $2 billion in ticket sales worldwide, making it one of the highest-grossing films of all time.