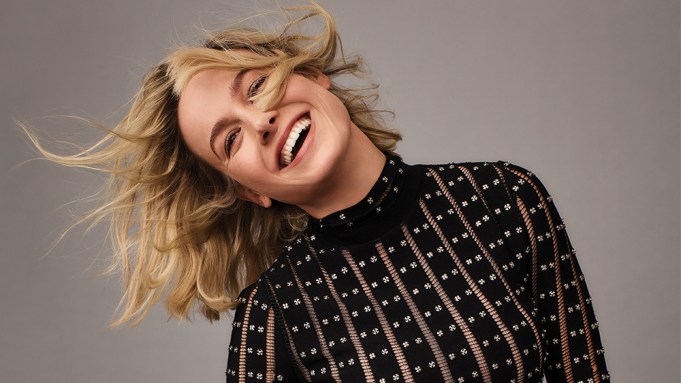 Long before the women of the Marvel Cinematic Universe joined forces for the epic female scene in “Avengers: Endgame,” Marvel had expressed interest in an all-women Marvel mashup movie. But after uniting in battle in the finale of “Endgame,” fans have been asking when they’ll see the female movie hit theaters.

Now, Brie Larson, one of Variety’s Power of Women honorees, confirms that she, along with her Marvel co-stars, have had talks with Marvel Studios president Kevin Feige about making that film a reality.

During a sit-down interview at her Power of Women cover shoot, Captain Marvel herself was asked if the female film has been “truly discussed” among the Marvel brass.

“It is something,” she said with a pause, then adding, “Well what do you mean truly discussed?”

Larson was speaking to Variety senior correspondent Elizabeth Wagmeister, who followed up with, “You tell me.”

“I will say that a lot of the female cast members from Marvel walked up to Kevin and we were like, ‘We are in this together, we want to do this,'” Larson explained. “What that means, I have no idea. You know, I’m not in charge of the future of Marvel, but it is something that we’re really passionate about and we love and I feel like if enough people out in the world talk about how much they want it, maybe it’ll happen.”

Feige has previously expressed interest in the all-women Marvel film, though no firm plans to green light such a project have been set. Marvel, however, is putting emphasis on more female-forward standalone films lately from Larson’s “Captain Marvel,” which grossed over $1 billion at the worldwide box office earlier this year, and Scarlett Johansson’s upcoming “Black Widow” film, which is due in theaters next year. In the comic book genre, female-centric films have proven to perform at the box office, starting with DC’s “Wonder Woman,” which made more than $800 million in 2017.

Larson reflected on filming the “Endgame” scene where her character Captain Marvel made a special appearance, teaming up with all of the women of the MCU. For Larson, the day spent filming that scene was a powerful experience.

“It was just a great day,” she recalled. “To get to be with all of those women for the day and you get this feeling of, like, almost a little bit of naughtiness because it’s a secret and none of us can talk about it — that it felt like we were a part of this like coven working together for this goal. It was an opportunity for us to share and hang out. And as many people know, a lot of the time women aren’t working together. It’s kind of been this new breath of fresh air for us in our industry that there’s more female ensemble films, which has allowed us the opportunity to really communicate with one another. So we get so excited and feel so much energy when you get to be around your peers and share stories.”

Working with more women on-set has been a newfound positive experience for actresses like Larson, as more female stories are being told in Hollywood. And on-screen, Larson is excited that female superheroes are finally taking center stage.

“I don’t know what kind of change that brings the MCU,” Larson said, reflecting on the studio putting women superheroes on the screen in major roles. “I love Carol Danvers so much and I love playing her and I love the way that she interacts with people and the way that she’s grown into herself. So, I’m excited to see where that goes. But there’s so many other new characters that I love, as well, that I’m excited to see and it’s so hard to imagine now where we’re at with these stories. Them existing without any one of those characters. It’s hard to pull that apart.”