‘Avengers: Endgame,’ ‘Game of Thrones’ and the Power of Goodbyes 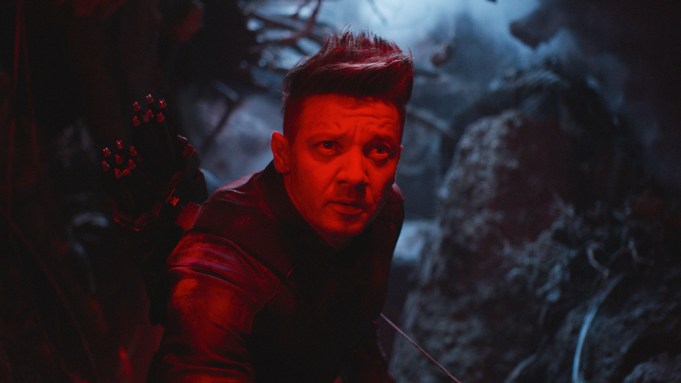 Goodbyes can be painful. But, on the big and small screen alike, they can also be enormously profitable and cathartic.

The cultural dominance of “Avengers: Endgame,” the conclusion of a 22 or, depending on who is counting, 23 film* saga, and the eighth and last season of “Game of Thrones” demonstrate that audiences are hungry for a sense of finality in their popular entertainment. At a time when many television shows keep cranking out new seasons after the audience has moved on (we’re looking at you “Homeland”) and movie franchises are loath to wrap things up even after they’ve exhausted all narrative possibilities (please, please, please put an end to “Pirates of the Caribbean”), there’s something to be said for completing a story arc. People are tuning into “Game of Thrones” or buying tickets to “Avengers: Endgame” in part because they want to see beloved characters ride off into the sunset or succumb to a white walker invasion. Years ago, “Breaking Bad” generated a new level of enthusiasm during its final season as it barreled towards its bloody climax. Audiences didn’t want to stay tuned forever, they craved a conclusion.

In a recent Variety cover story, Marvel Studios president Kevin Feige said he was determined to not have characters such as Robert Downey Jr.’s Iron Man and Chris Evans’ Captain America continue to grace screens indefinitely. “We always wanted there to be a definitive ending,” he said. “There’s an amazing line that Downey says in the film: ‘Part of the journey is the end.’ That’s what ‘Endgame’ is.”

He noted that as a movie-loving kid, he loved “Return of the Jedi” and its final scene of a rebel victory in the Ewok village. “It was so important to have that scene in the Star Wars film saga,” he noted. “Having those three Jedi ghosts all show up in the same frame, it was like saying goodbye. It was an amazing moment even as I felt my 10-year old heart breaking.” Based on the record-shattering grosses for “Endgame” and media reports of teary fanboys and fangirls emerging red-eyed from packed screenings, people are having a similar reaction to the new “Avengers” movie.

Of course, this being Hollywood, the companies behind the two franchises aren’t retiring these particular pieces of intellectual property. HBO is hard at work on a “Game of Thrones” prequel and has hinted that it sees other opportunities to delve ever deeper into Westeros mythology. And even though certain characters may have saved the galaxy one final time, the Marvel Cinematic Universe won’t be going away. The company is entering a new narrative phase that will include venerable characters such as the Guardians of the Galaxy and Black Panther, as well as introduce new heroes with films such as “Shang-Chi” and “The Eternals.”

This is where things get risky. Star Wars started to lose steam after it generated several disappointing sequels and prequels, “The Hobbit’s” box office reception paled compared to that of “The Lord of the Rings,” and the Harry Potter spinoff “Fantastic Beasts and Where to Find Them” hasn’t been able to recapture the magic of the original. If the quality lags, audiences sense a cash grab.

In the case of Marvel, the company is wisely leaning into a larger industry-push for inclusion. “Captain Marvel” with its female protagonist and “Black Panther” and its meticulously constructed African kingdom were embraced by audiences hungry to see themselves represented on screen. In interviews, Feige and “Endgame” directors Joe and Anthony Russo have suggested that Marvel will continue to feature more heroes of color, female central characters, and LGBTQ leads. “Shang-Chi,” for instance, will be the first of the company’s films to center on an Asian protagonist. Not only does it make Marvel a more modern and progressive studio, there’s a strong business reason behind this drive to be representative. After all “Avengers” movies play well all around the world — just look at the massive grosses “Endgame” logged in China.

“We want the movies to reflect the audience and we want every member of our global audience to see themselves reflected on the screen,” Feige said in a junket interview. “And that’s what we’ve been doing for a long time. And certainly, that’s what we’re focusing on going forward.”

In the short run, it will take some time until Marvel sees an opening weekend like the one they’re currently experiencing with “Endgame.” A $350 million domestic debut is a commercial crescendo, not a jumping off point for new film franchises. The next generation of heroes will have to build up the same kind of hold on fans’ affections that Iron Man did over the first decade of the MCU. That takes patience, but the payoff can be a global blockbuster that makes $1.2 billion globally in its opening weekend alone.

* “Avengers: Endgame” is technically the 22nd film in the Marvel-produced “Infinity Saga.” However, Feige considers the upcoming “Spider-Man: Far From Home” to be part of that larger narrative and argues it’s a 23-film series.