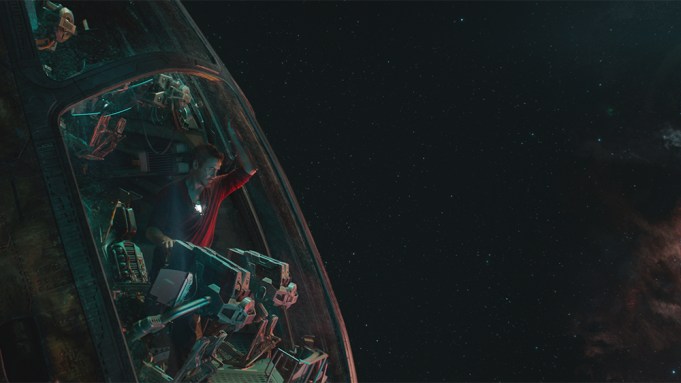 Disney-Marvel’s “Avengers: Endgame” will continue obliterating records this weekend as the superhero blockbuster heads for at least $175 million in North America, early estimates showed on Friday.

“Avengers: Endgame,” which opened with a stunning $357.1 million last weekend, should easily eclipse the record for biggest domestic second weekend of all time, currently held by 2015’s “Star Wars: The Force Awakens” with $149.2 million.

On Thursday, “Avengers: Endgame” collected $21.5 million, bringing its North American haul to nearly $474 million after only seven days. It’s already the 15th-highest domestic grosser of all time and will become the 10th title to hit the $600 million mark this weekend.

A trio of new titles — Lionsgate’s “Long Shot,” Sony’s “The Intruder” and STX’s “UglyDolls” — will battle for second place. “Long Shot,” which widens to 3,230 sites on Friday, is expected to make around $11 million, in line with forecasts. The raunchy R-rated romantic comedy stars Seth Rogen as a journalist trying to win over his former babysitter, played by Charlize Theron, who is running for president. Reviews were mostly positive, giving the film an 83% “fresh” score on Rotten Tomatoes.

“The Intruder,” starring Dennis Quaid, Meagan Good and Michael Ealy, expands to 2,222 locations on Friday. It’s forecast to finish with about $9 million to $10 million, at the low end of forecasts. It follows a young married couple, played by Good and Ealy. After buying their dream house, they realize the seller (Quaid) won’t let go of the property. Critics were not impressed with the pic, which earned 26% on Rotten Tomatoes.

“UglyDolls,” which will expand to 3,652 venues, is targeting a much different audience. Based on the popular children’s toy line, STX’s first foray into animation is coming in at the lower end of expectations with about $7 million. “UglyDolls” takes place in Uglyville, where colorful dolls long for the day they will meet their perfect human match.