‘Avengers: Endgame’ Is Already a Box Office Juggernaut — How High Can It Climb? 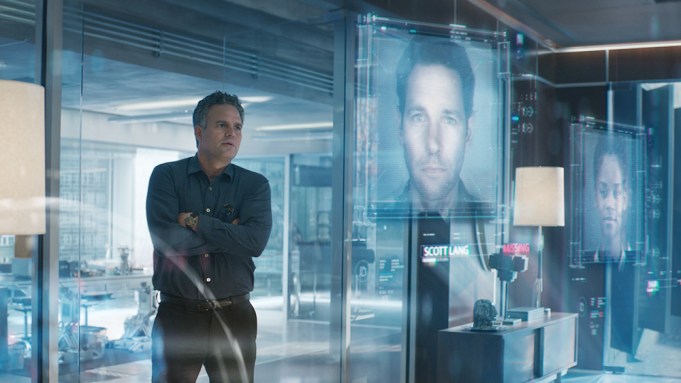 “Avengers: Endgame” shattered just about every conceivable opening weekend box office record with its unprecedented $1.22 billion global debut. The hype surrounding Marvel’s epic finale is nothing like Hollywood has seen before. But does the blockbuster have enough momentum to become the highest grossing movie of all time?

That distinction currently belongs to James Cameron’s “Avatar,” which has gone unrivaled since 2009 in terms of ticket sales with its $2.7 billion in worldwide receipts. After “Endgame” launched with a stunning $357 million in North America and $866 million internationally, it’s safe to say the comic-book adventure could be heading for uncharted territory. Some analysts believe the $3 billion mark is even in reach.

“It blew the doors off the parameters of what is possible for the box office for a film that’s highly anticipated,” said Jeff Bock, a box office analyst at Exhibitor Relations. “People were wondering if a $300 million debut was possible. Now we know what was possible for an opening — and it’s $357 million.”

“Endgame” will need a multiple of at least 2.2 times its debut to surpass the haul of “Avatar.” “Avengers: Infinity War,” the precursor to “Endgame,” had a 2.6 multiple, though its opening weekend was nearly $100 million less than its follow-up. It will be hard to gauge just how high “Endgame” can go until after its second frame in theaters, but in terms of headwinds for the next weekend, “Endgame” will continue to rack up massive box office returns. Even a massive drop-off in ticket sales would result in a towering sophomore outing. The biggest second-weekend ever belongs to “Star Wars: The Force Awakens” with $149 million, marking a 39.8% decline in ticket sales. “Avengers: Endgame” could withstand a huge 57% drop from its initial start and still surpass that number. To compare, “Avengers: Infinity War” declined 55% in its second weekend.

Most films don’t even reach $300 million during their entire run in theaters, so it’s valid to question who hasn’t seen this movie yet. But given the rabid and loyal Marvel fanbase, comic-book nuts will be seeing “Endgame” multiple times before it leaves their local multiplex. The moviegoers who return for three, four, even five viewings will certainly help propel those numbers in the company of the top-earners at the domestic box office; a group that includes “Star Wars: The Force Awakens” ($936 million), “Avatar” ($760 million), “Black Panther” ($700 million), and “Avengers: Infinity War” ($678 million).

“Even if we’re talking a 65% drop, we’re still talking about incredible numbers there,” Bock said. “That’s when you start to think about, when do we call this hitting a billion in North America?”

Timing is certainly on the side of Earth’s mightiest heroes. “Avengers: Endgame” doesn’t have much competition for the foreseeable future, at least at the domestic box office. Other studios understandably refrained from releasing a movie that could get crushed by the superhero film, and competition won’t intensify until Warner Bros.’ “Detective Pikachu” opens on May 10. For that reason, “Endgame” has a wide-open landscape to steamroll through North America. It also helps that word-of-mouth couldn’t be stronger for the grand conclusion to the current phase of the Marvel Cinematic Universe. “Endgame” boasts a 96% on Rotten Tomatoes, as well as a coveted A+ CinemaScore from audiences.

“Avatar,” of course, got a big boost from its use of 3D computer graphics, a technology achievement that allowed filmmakers to benefit from the premium ticket prices that come with those showings. In the decade since, the price of going to all movies, whether in 2D or 3D, has continued to rise. Much of the success of “Endgame” is due simply to ticket price increases, since at least eight other titles are projected to have made over a billion dollars domestically when adjusted for inflation. However, premium formats like Imax and 3D will also help “Endgame” reach record territory. Directors Joe and Anthony Russo filmed “Endgame” exclusively using Imax cameras in the hopes that superhero enthusiasts will be willing to shell out a few extra bucks to see their favorite masked heroes in the best quality possible. So far, it looks like it’s paying off. The movie smashed the Imax worldwide opening weekend record with $91 million, besting the mark previously set by “Star Wars: The Force Awakens” with $47.6 million.

For now, only four movies have ever crossed $2 billion in ticket sales: “Avatar” ($2.7 billion), “Titanic” ($2.18 billion), “Star Wars: The Force Awakens” ($2.06 billion), and “Avengers: Infinity War” ($2.04 billion). The international box office will be key to driving “Avengers: Endgame” past those benchmarks. It’s off to a solid start, especially in China, where it has already earned $331 million over five days, setting a new opening weekend record for the Middle Kingdom. It also puts the tentpole on track to beat in one week what “Infinity War” made in its entire $359 million run in the country. “Avengers: Endgame” posted the largest debuts in 43 other markets, including Australia, Korea, Brazil, Mexico, and Argentina. The film opened day and date across the globe aside from Russia, where it opens on April 29.

The kind of numbers that Disney put up last weekend aren’t likely to be replicated any time soon. It’s worth noting the studio has two other films this year that have the potential to launch with absolutely massive opening weekends: “The Lion King” and “Star Wars: The Rise of Skywalker,” the final installment in the space opera’s new trilogy.

“It’s downright frightening what a mess the box office would be without Disney,” Bock said. “Nobody else is even competing at their level. It gives you something to shoot for.”