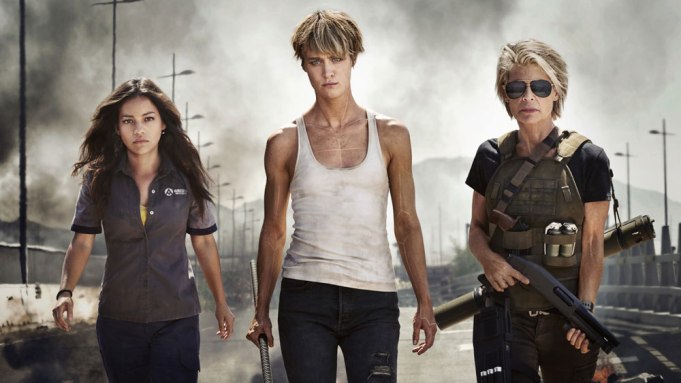 Arnold Schwarzenegger and Andy Vajna, the Hollywood producer who died earlier this week, have appeared in a just-released video from the set of the latest movie in the “Terminator” franchise, which shot in Hungary last year.

The behind-the-scenes promotional video, posted online by the Hungarian National Film Fund, sees Schwarzenegger and the movie’s director, Tim Miller (“Deadpool”), sing the praises of Budapest as a location, and Vajna complimenting the “Terminator” franchise. It ends with Schwarzenegger saying, “I’ll be back.”

It was Vajna’s last set visit to one of the international productions filming in Hungary, where he served as the government commissioner for the film industry. With partner Mario Kassar, Vajna founded the indie powerhouse Carolco, which produced blockbusters including “Terminator 2: Judgment Day,” the first three “Rambo” films and “Basic Instinct.” He died Sunday in Budapest after a long illness. He was 74.

On Twitter this week, Schwarzenegger paid tribute to Vajna, commenting: “Andy Vajna was a dear friend and a revolutionary force in Hollywood. He proved that you don’t need studios to make huge movies like ‘Terminator 2’ or ‘Total Recall.’ He had a huge heart, and he was one of the most generous guys around. I’ll miss him. My thoughts are with his family.”

Andy Vajna was a dear friend and a revolutionary force in Hollywood. He proved that you don’t need studios to make huge movies like Terminator 2 or Total Recall. He had a huge heart, and he was one of the most generous guys around. I’ll miss him. My thoughts are with his family.

In the untitled “Terminator” movie, which Paramount will release on Nov. 1, Schwarzenegger reprises the role of the iconic cyborg, while Linda Hamilton returns as Sarah Connor.

Schwarzenegger tweeted a photo of him and Hamilton on the set of the movie on her birthday, Sept. 26.

Happy birthday to my dear friend Linda Hamilton. One of my favorite co-stars, a true badass, and a wonderful human being. I’m pumped to be back together again. pic.twitter.com/jTaBLQK2qv

“Avatar” and “Titanic” helmer James Cameron is producing the movie. He has a long history with the “Terminator” franchise, previously writing and directing “The Terminator” and “Terminator 2,” as well as writing for video games based on the saga. The sequel is produced by Skydance and Cameron.

The movie marks the first time that Hamilton, Schwarzenegger and Cameron have worked together on the franchise since 1991’s “Terminator 2.” Cameron has said that the new film will be a direct sequel to that installment.

Hamilton starred in the first two pics, starting with “The Terminator,” which was released in 1984. She portrayed a waitress being hunted down by a killer cyborg (Schwarzenegger) sent from the future to kill her in order to prevent her from giving birth to the savior of mankind.