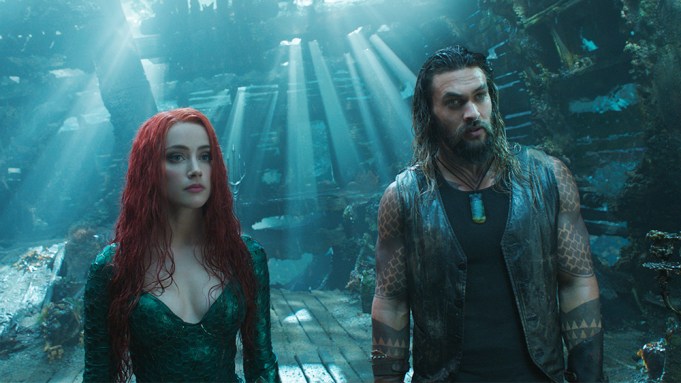 “Aquaman” is ringing in the new year by topping the domestic box office for the third weekend in a row with an estimated $30.5 million.

The aquatic adventure starring Jason Momoa has also become the highest grossing DC title overseas with $649.3 million to date after earning $12.4 million from 79 international markets on Friday. That beats “The Dark Knight Rises,” which previously held the position with $636.8 million internationally. This weekend’s projected domestic haul would mark a roughly 42% decline, with “Aquaman” having taken in $887.6 million globally.

The weekend’s only wide release among a slew of holdovers, Sony’s “Escape Room,” will spar with the third frame of “Mary Poppins Returns” for second place with about $16 million each. That number marks a debut above earlier estimates for “Escape Room.”

The psychological horror pic, which opened at 2,717 North American locations, pocketed $7.7 million on Friday, including $2.3 million from Thursday previews.

Adam Robitel directed “Escape Room” from a screenplay by Bragi Schut and Maria Melnik. Taylor Russell, Logan Miller, Deborah Ann Woll, Jay Ellis, Tyler Labine, Nik Dodani, and Yorick van Wageningen star. The film follows six strangers who find themselves in circumstances beyond their control and are forced to use their wits to find clues or die. It has a 53% Rotten Tomatoes score and B CinemaScore, with a somewhat more optimistic 64% Audience Score.

Disney’s “Mary Poppins Returns” has amassed $128 million domestically and another $85.7 million overseas for a global cume of $213.7 million. Should “Mary Poppins Returns” score the second place spot, the weekend will be the sequel’s third consecutive second-place finish. Emily Blunt stars as the iconic English nanny alongside Lin-Manuel Miranda.

Two more holdovers, Sony’s “Spider-Man: Into the Spider-Verse” and Paramount’s “Bumblebee,” will vie for fourth place. “Bumblebee” is barely ahead with an estimated $13 million to “Spider-Man’s” $12.75 million. “Spider-Man” has totaled $124 million domestically with $109 million overseas, while “Bumblebee” has netted $88 million stateside with $108 million internationally.