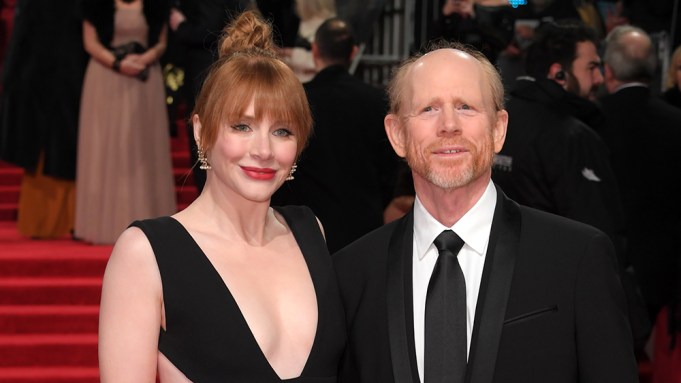 Naturally, the film is a family affair produced by her father Ron Howard and his partner Brian Grazer of Imagine Entertainment. The film has an unset premiere date on Apple TV Plus, though a theatrical run is on the table, one insider familiar with the project noted. A spokesperson for Apple had no immediate comment on the matter.

The film is billed as a light-hearted look at modern paternity around the world, revealed through anecdotes and wisdom from average dads and celebrities like Will Smith, Jimmy Fallon and Neil Patrick Harris. It will premiere in the official documentary selection at TIFF on Monday.

“Dads” is part of Apple’s exclusive, first-look deal with Imagine Documentaries. The film was produced by Nine Muses Entertainment, in association with Dove Men+Care.

This is not Dallas’ first festival run as a director. She presented a short film called “Solemates” at Sundance in 2015. She will also direct an episode of the upcoming Disney Plus series “The Mandalorian,” part of the Star Wars universe, starring Pedro Pascal.

Howard is repped by William Morris Endeavor and Management 360.