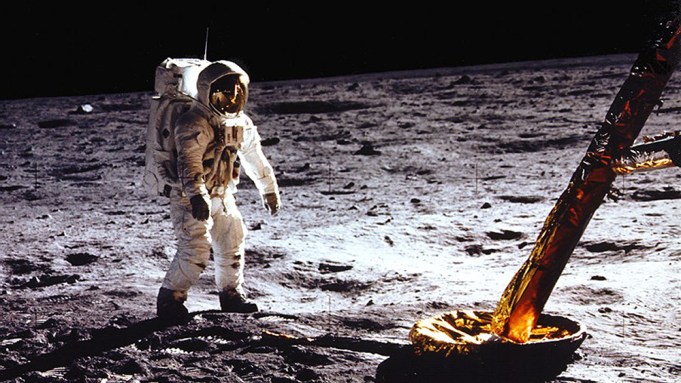 “Apollo 11,” a documentary that follows Neil Armstrong and Buzz Aldrin’s historic moon landing, is taking one giant leap to the big screen. Neon and CNN Film’s non-fiction feature will debut exclusively on Imax screens for a limited one-week engagement starting on March 1.

Directed by Todd Douglas Miller, “Apollo 11” is constructed entirely from 65mm archival materials and features all new behind-the-scenes footage, along with over 11,000 hours of uncatalogued audio recordings of the legendary event. Miller worked closely with NASA and the National Archives to capture the 1969 mission that put men on the moon.

“Miller’s film is a stunning achievement in filmmaking,” said Megan Colligan, president of Imax Entertainment. “The film is immersive, crisp and clear. Audiences can palpably feel the tension, immense pride and overwhelming joy of the team that came together to make the impossible possible.”

“Apollo 11” premiered at the 2019 Sundance Film Festival to raves. Variety’s Owen Gleiberman called it “a cool, meticulous, at times enthralling documentary that captures the Apollo 11 flight in its entirety through raw footage drawn from the NASA vaults.”

CNN Films executive produced the doc and will retain domestic television rights, while Neon nabbed the worldwide theatrical rights. “Apollo 11” is the second collaboration between Neon and CNN Films following “Three Identical Strangers,” a documentary about triplets who were separated at birth.