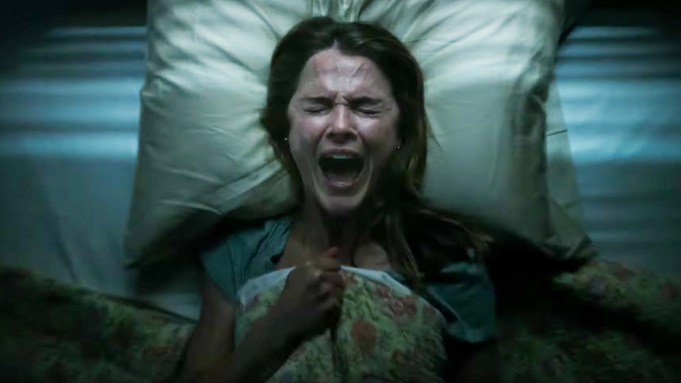 The footage, unveiled Tuesday, centers on a young boy (Jeremy T. Thomas) reading from a frightening short story he’s written as Russell listens. The trailer includes images of a cabin with blood-splattered floors, otherworldly creatures and Russell screaming inside her car.

“Once, there were three bears that lived in a dark, wet cave up above a small town,” Thomas says. “Every day, Little Bear went to school, and at night he would come home and eat dinner. But, one day, Little Bear came home and Big Bear and Baby Bear were different. Big Bear got sick, and his insides turned black. Big Bear has become more angrier and meaner, because they had no food, no meat.”

“But they had each other,” he finishes forebodingly.

Fox Searchlight, now owned by Disney, has scheduled the film for a 2020 release.