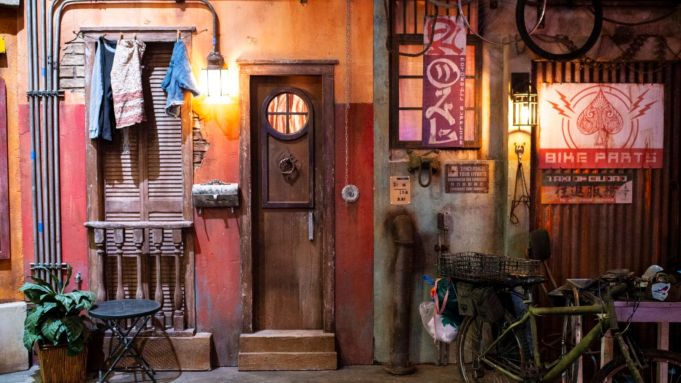 Starting later this month, fans of upcoming manga-turned-film “Alita: Battle Angel” will be able to visit the iconic Kansas Bar and walk the streets of Iron City as part of an immersive experience opening in Austin, Los Angeles, and New York.

“Passport to Iron City” is described as an immersive experience based in the world of the film by Robert Rodriguez, James Cameron, and Jon Landau.

Guests explore the movie’s Iron City — which has been recreated by the film’s production designers — and interact with the City’s residents, earn credits by completing puzzles and challenges, experiment with custom technology built for the retro-future Alita aesthetic, and uncover hidden clues to determine their fate with the city’s controlling force.

The ticketed visit opens at a replica of the Kansas bar, a pivotal location in the film, where they’ll mingle, meet their teams and learn more about the secrets of Iron City. Every Kansas bar location will feature an exclusive beer from Three Weavers Brewing, crafted specifically for each city and themed around Alita’s world, along with Underwood wine from Union Wine Co. From there, Iron City’s residents will escort guests onto the streets of Iron City where their adventures will continue. At the end of the experience, guests will receive an Iron City assessment that assigns them to their individually tailored role within Iron City, based on the decisions they made while exploring the city. Each winning team will walk away with a unique Iron City souvenir.

“Iron City is as exhilarating as it is diverse. Passport to Iron City will allow visitors to experience the world of Alita: Battle Angel on a first-hand interactive basis,” Jon Landau, the film’s producer, said in a prepared statement. “iam8bit has created a unique and engaging experience that will entertain everyone, including those that have seen and have not seen the movie.”

“Alita: Battle Angel” is based on the manga “Battle Angel Alita” created by Yukito Kishiro in 1990.