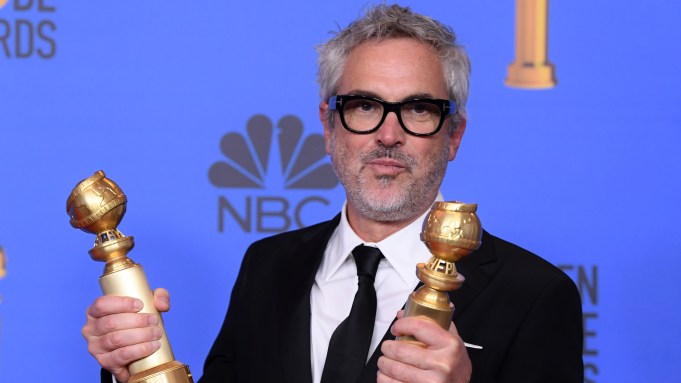 In a rare moment of frustration, filmmaker Alfonso Cuarón rose to Netflix’s defense at the 76th annual Golden Globes.

Following his best director win for “Roma,” Cuarón challenged a journalist’s question backstage about the independent sector’s concerns over “Roma’s” success this awards season — which had a combined release between Netflix and theaters, rather than the traditional wide theatrical release — and how, some claimed, it marked the death of independent cinema.

“My question to you is, how many theaters did you think that a Mexican film in black and white, in Spanish and Mixteco, that is a drama without stars — how big did you think it would be as a conventional theatrical release?” Cuarón replied with his two freshly-earned Golden Globes in tow.

“It was not a cosmetic release…the movie opened more than a month ago and is still playing. That is rare for a foreign film. I think that is very unfair to say that,” he said. “Why don’t you take the list of foreign films this year and compare the theatrical release to those things and for how long they’ve been playing. See how many are playing in 70 [millimeter.]”

Cuarón has often been asked to choose sides between which is better, watching “Roma” on Netflix or on the big screen. Up until now, he’s made a point to emphasize the importance of both, telling Variety at the film’s Los Angeles premiere, “The complete experience of ‘Roma’ is unquestionably in a movie theater. Nevertheless, I think the experience of watching the film at home will have the same emotional impact.”

But when it comes to challenging the film’s validity not only as an indie foreign film but also an awards contender, he drew the line.

“I just [think] the discussion between Netflix and platforms in general should be over,” he continued. “I think those guys, platforms and theatrical, should go together and just realize that whatever they are doing to this discussion is hurting cinema.”

He went on to point out more problems with modern cinema.

“Something we must be very conscious of is that the theatrical experience has become very gentrified to one specific kind of product,” he said. “Right now, it’s unquestionable that you have all these filmmakers, interesting filmmakers, doing film with different platforms because those platforms are not afraid of doing these films. And like ‘Roma,’ I just hope that many others have the theatrical release and greater theatrical releases that I have [had.]”