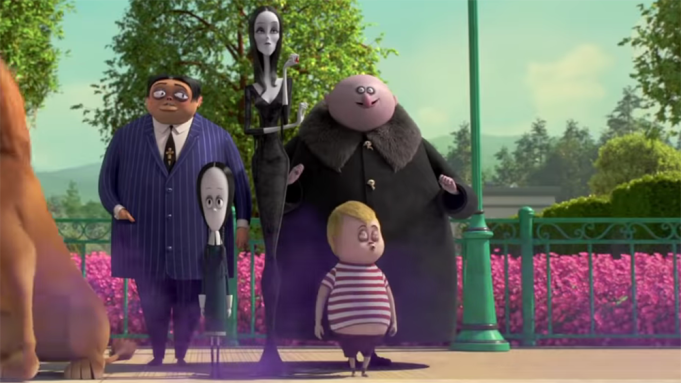 The creepy and kooky, mysterious and spooky Addams family are embracing the terrors of New Jersey in the first trailer for MGM’s cartooned remake of the classic horror series.

The new footage begins with Morticia Addams (voiced by Charlize Theron) enjoying a stormy morning before waking her children, Pugsley Addams (Finn Wolfhard) and Wednesday Addams (Chloë Grace Moretz). The family, ever true to form, still delights in the macabre. At one point, Morticia’s husband Gomez (Oscar Isaac), fashions a torture device on his head.

The clip features the clan as they adjust to life in the 21st century and settle into a home in New Jersey. But even when their nosy and unwelcoming neighbor attempts to get the Addams family kicked out of town, the ooky kin remain unfazed and refuse to change their ways. Cue Fester releasing bats in the center of the town and Pugsley manning a torpedo headed straight for his father.

“Let’s show them what it means to be an Addams,” Gomez says.