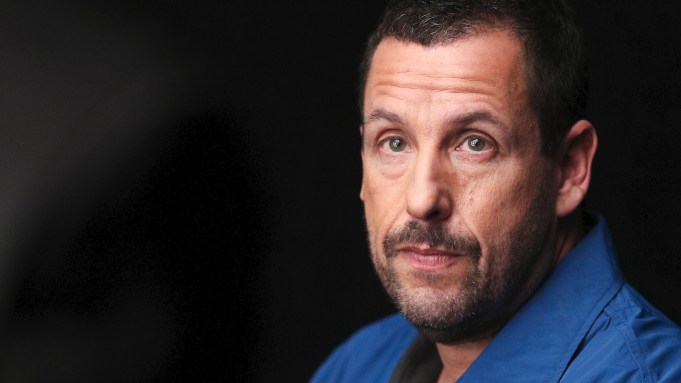 Sandler confirmed the story of how his professor at NYU told him to quit acting during a conversation with Brad Pitt (“Once Upon a Time in Hollywood”) for “Variety Studios: Actors on Actors.”

Pitt explained the story he first heard from director Bennett Miller: “You were at NYU, and it was your acting coach, or acting professor, I believe. He took you out for a beer and he kindly said to you, ‘Think about something else. Listen, you got heart, but you don’t have it. Choose another path.'”

“There’s a second part to this story.” Pitt continued. “This is why it’s my favorite Adam Sandler story and I think it says a lot about you. You ran into him when you were getting the ultimate payday, you were with a bunch of friends. Anyone would think, that’s the opportunity to rub it in his face. Reportedly, what you did was, you said hi and you introduced him to your friends and you said, ‘This is the only teacher to ever buy me a beer.’ That’s the guy I know, and I think that’s why you’re here after all these years.”

“I love you,” Sandler responded. “I gotta tell you, when you tell me I did good in ‘Uncut Gems’ that feels good. What you’ve been doing and crushing for so long. I’m so much more comfortable with comedy, and if you’re saying well in this, that does feel good.”

Variety‘s “Actors on Actors” issue will hit newsstands Nov. 12. The Emmy-nominated companion series will air on PBS stations and the World Channel starting in January.