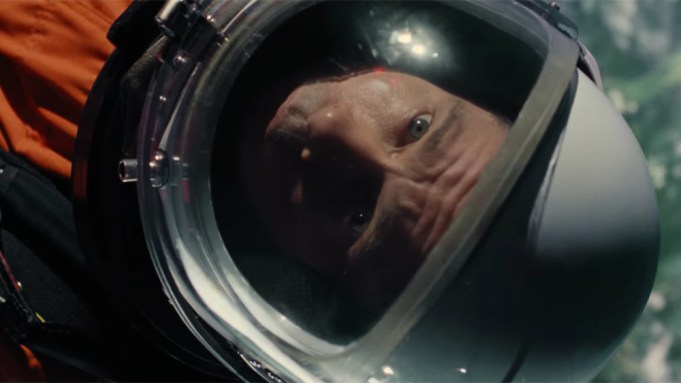 Brad Pitt is launching into the stratosphere in the first trailer for “Ad Astra.” The dazzling sci-fi drama stars Pitt as an astronaut who travels on an interstellar mission to search for his missing father.

The new footage begins with Pitt’s character, Roy McBride, praising his father, who never returned from a voyage to search for signs of extra-terrestrial life.

“I do what I do because of my dad,” he says. “He was a hero. He gave his life for the pursuit of knowledge.”

The clip cuts to McBride, who wakes up in a hospital room after free-falling from dizzying heights when his space mission seemingly goes astray.

“It’s crazy out there,” his wife, played by Liv Tyler, says. “There’s fires everywhere and plane crashes. They’re calling it a surge.”

The astronaut is soon called to compete a mission to save the planet.

“Your father was experimenting with a highly classified material that could threaten our entire solar system,” a fellow astronaut (John Finn) tells him. “All life would be destroyed. We’re counting on you to find out what’s happening out there.”

“The Lost City of Z” filmmaker James Gray directed “Ad Astra” from a script he co-wrote with Ethan Gross. The cast also includes Tommy Lee Jones, Ruth Negga, and Donald Sutherland.  Disney inherited the movie after buying the bulk of 21st Century Fox’s film and television assets in a $71.3 billion mega-merger. Though it was originally dated to open on Memorial Day weekend, “Ad Astra” will now hit theaters on Sept. 20.