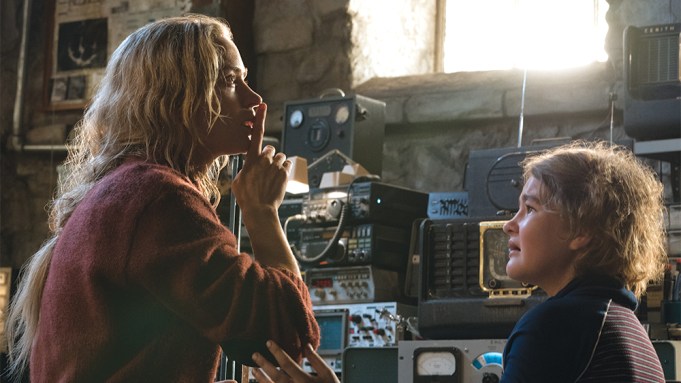 The 30-second teaser released on Wednesday sees the Abbott family, sans John Krasinski’s fearless father Lee Abbott, slowly crunching their feet through sand as they quietly venture through the woods.

The new footage, which sees the children Regan and Marcus (portrayed by Millicent Simmonds and Noah Jupe) following their mother Evelyn (Emily Blunt), doesn’t reveal much about the follow-up to 2018’s “A Quiet Place.” However, the family appears as cautiously careful as ever as they navigate the forest with a map in tow.

Krasinski wrote and directed “A Quiet Place.” It became a massive commercial success, earning over $300 million at the global box office from a $20 million budget. The mostly silent horror film was also a critical hit, nabbing an Academy Award nomination for best sound editing and a Golden Globe nod for original score.

The first film followed the Abbotts living in a sparse, dangerous and futuristic world where monster predators attack when they hear any sound at all. In order to survive, the family of four must refrain from making any noises, whispering and mouthing words to each other throughout the entirety of the film, even when the pregnant Evelyn must give birth in a bathtub.

Variety’s Owen Gleiberman said of the first film: “‘A Quiet Place’ is a tautly original genre-bending exercise, technically sleek and accomplished, with some vivid, scary moments, though it’s a little too in love with the stoned logic of its own premise.”