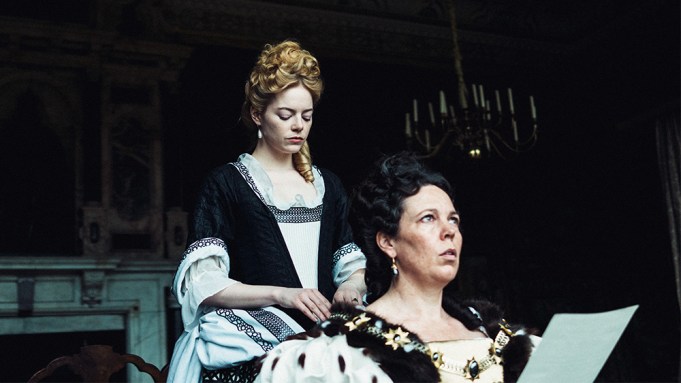 Yorgos Lanthimos’ royal drama “The Favourite” is reigning over this year’s Oscar nominations, tying with Alfonso Cuaron’s “Roma” for the most nods with 10 apiece. “A Star Is Born” and “Vice” were close behind, each picking up eight nominations.

Disney dominated on the studio front, nabbing a leading 17 nominations for films like “Black Panther,” “Ralph Breaks the Internet,” and “Incredibles 2.” Participant Media, which co-produced “Green Book,” “Roma,” and the Ruth Bader Ginsburg documentary “RBG,” also landed a total of 17 nods. Fox Searchlight trailed close behind with 15 nominations for titles such as “The Favourite,” “Can You Ever Forgive Me?” and “Isle of Dogs.” Meanwhile, Netflix scored 15 nods, picking up its first ever best picture nomination for “Roma.”

Below is a breakdown of which films and networks collected the most accolades.

Nominations by film (two or more):

Nominations by studio (two or more):