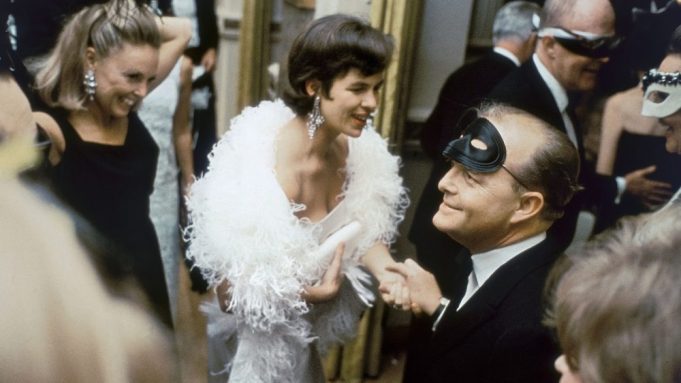 Truman Capote was many things to many people. A high society princeling turned pariah. A crafter of crystalline prose. An evangelist for the true crime novel. A tiny terror.

Yet civil rights pioneer is rarely a part of that conversation. “The Capote Tapes,” a new film about the writer’s rise and fall, may change that. At a time when gay people faced prison and social ostracization, Capote was out and proud.

“As a black gay man who grew up in Northern Florida, I was always taught to remember the people on whose shoulders I stood — the people who made life a little easier for me,” Ebs Burnough, the first-time director behind “The Capote Tapes,” told Variety. “Truman was openly gay in the 1950s at a time when black and white people couldn’t even be married to each other. He was who he was. My hope is that this film demonstrates that gay, straight, black, white, we all stand on his shoulders.”

“The Capote Tapes” premieres at this year’s Toronto International Film Festival, where it is looking to sell distribution rights.

Burnough had been a fan of Capote’s for a long time and grew up reading his masterworks, “In Cold Blood” and “Breakfast at Tiffany’s.” Burnough, whose resume includes a stint as former White House deputy social secretary and senior advisor to Michelle Obama, knew he wanted to make a documentary about the author, but he worried he lacked the skills to pull it off.

“I went in search of a director, but one day my husband said, ‘You’re only going to irritate that director to no end, so do it yourself,'” remembers Burnough. “It’s been a real learning curve. I didn’t know anything about camera angles or 4K or any of that, but it’s been really fulfilling and I’ve been able to use a different part of myself.”

Burnough also lucked out. After befriending Sarah Plimpton, the widow of George Plimpton, he discovered that she had stored hours of interviews that the late journalist conducted with the likes of Norman Mailer and Lauren Bacall for his 1997 book, “Truman Capote: In Which Various Friends, Enemies, Acquaintances, and Detractors Recall His Turbulent Career.” The over a hundred hours worth of interviews form the narrative thread of “The Capote Tapes.” It serves as a sort of greek chorus while the film charts Capote’s early, unhappy childhood in Alabama taking viewers along to his emergence as one of the preeminent writers of the post-World War II era.

There’s all of the requisite stops along the way. The friendship with Humphrey Bogart and John Huston during the making of “Beat the Devil.” The publication of “In Cold Blood” to tremendous fanfare. The wine drenched lunches with high-society doyennes such as Babe Paley and Slim Keith. The triumphant Black and White Ball. That’s the fun part. The movie doesn’t shy away from Capote’s tragic end. His decision to air the dirty laundry of his Park Avenue social circle by publishing chapters of his unfinished novel “Answered Prayers” led to his ouster from New York’s power elite and accelerated his descent into drugs and alcoholism. Some armchair psychoanalysts suggest that Capote did all of that to exact revenge for his mother, Lillie Mae Faulk, a social striver who was largely shunned by the same society types who later embraced her son. Burnough doesn’t entirely buy it.

“I don’t personally believe Truman blew it all up intentionally,” he says. “I do think he was a writer and, as a writer, he couldn’t resist telling a good story.”

There’s also speculation that Capote never got much beyond the handful of chapters he published in Esquire Magazine. “Answered Prayers,” that thinking goes, was basically an elaborate literary hoax. But Burnough came to a different conclusion after speaking to friends of Capote who remember him laboring over the novel, hunched over a yellow legal pad while writing the book he hoped would be his masterpiece by longhand.

“I do think ‘Answered Prayers’ was written, but where it is or whether he hid it in a safe deposit box or burned it, we may never know,” says Burnough.

Even without “Answered Prayers,” Capote’s literary legacy is assured. “In Cold Blood,” a meticulously crafted look at the 1959 murders of the Herbert Clutter family, helped elevate the crime novel to literary heights and inspired a wave of imitators.

“Truman took that genre and really moved it forward,” says Burnough. “I want people to realize that without ‘In Cold Blood’ you don’t get ‘Law and Order’ or ‘Chicago PD.'”

Watch an exclusive clip of the documentary above.