Continue to Variety SKIP AD
You will be redirected back to your article in seconds
May 20, 2019 4:05am PT

‘Once Upon a Time in Hollywood’: Quentin Tarantino Begs Cannes Crowds to Avoid Spoilers 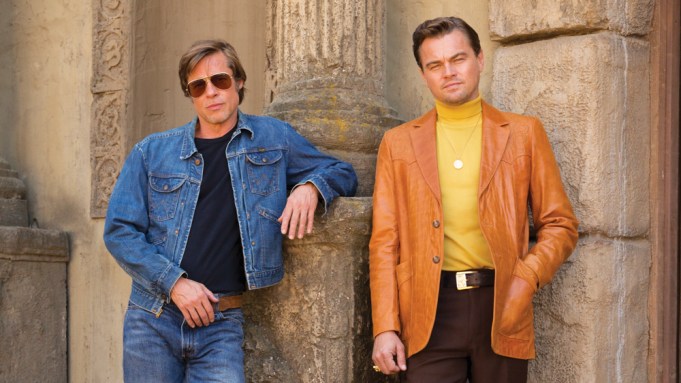 Quentin Tarantino wants Tuesday’s Cannes Film Festival premiere of “Once Upon a Time in Hollywood” to be a spoiler-free zone. The director took to Twitter on the eve of the red carpet debut to implore media and others attending the hot-ticket event to avoid giving away too much about the film.

“I love cinema, You love cinema,” Tarantino wrote on Instagram and Twitter. “It’s the journey of discovering a story for the first time.”

“The cast and crew have worked so hard to create something original, and I only ask that everyone avoids revealing anything that would prevent later audiences from experiencing the film in the same way,” he added.

“Once Upon a Time in Hollywood” is set during the late-60’s and is said to include Charlie Manson and Sharon Tate as characters. It’s unclear if Tarantino (who offed Hitler in “Inglourious Basterds” in a machine gun frenzy) will deviate from history as he grapples with the infamous Manson murders. Leonardo DiCaprio and Brad Pitt play a movie star and his stunt double, while Margot Robbie plays Sharon Tate. The film also stars Emile Hirsch, Al Pacino, Dakota Fanning, and Kurt Russell.

Sony Pictures is releasing the picture on July 26, 2019, roughly two months after the Cannes debut, so it’s understandable that Tarantino will want to keep a few surprises under wraps. We’ll see if his Instagram pitch sways the tweeters in the audience.