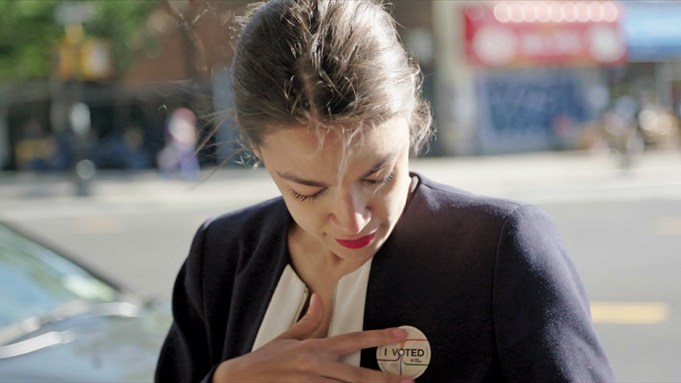 Netflix is in final negotiations to win rights to “Knock Down the House,” an acclaimed documentary about Alexandria Ocasio-Cortez and other progressive candidates that debuted at this year’s Sundance Film Festival.

Rumor has it that the sale could be for as much as $6 million, a huge sum of money for a non-fiction film. The project attracted several bidders in what has been a nearly four-day, ongoing pitch standoff between Amazon, Hulu, and Netflix, multiple insiders familiar with the talks told Variety. Sony Pictures Classics also expressed interest, one of the individuals said. Amazon dropped out late Wednesday, another said.

Initially, the filmmakers were seeking robust theatrical distribution — something that Netflix has traditionally shunned.

Ocasio-Cortez was originally supposed to be in Park City, Utah, for the film’s premiere, but had to cancel her trip due to the recent government shutdown. The likely sale comes as documentaries are a newly hot genre among Sundance buyers following the box office success of non-fiction films such as “Won’t You Be My Neighbor” and “RBG.”