How Indie Films Can Find Success in Theaters 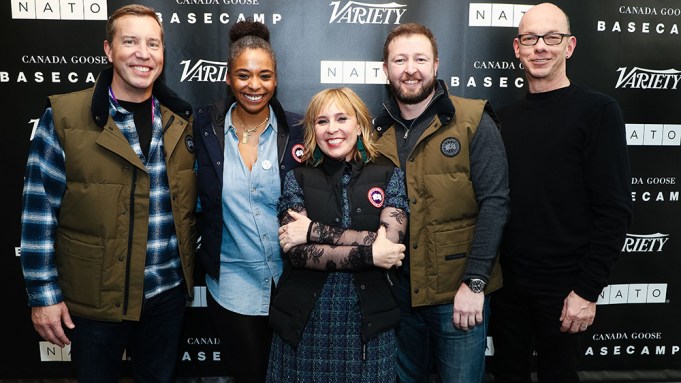 Indie films can still succeed in theaters, but producers and directors must be more creative in selling their films and cooking up stories that will resonate with audiences.

That’s the takeaway from a panel on theatrical distribution that was held at this year’s Sundance Film Festival, a gathering that brought together producers, agents, and distributors.

“You have to really know what your audience is,” said Jim Meenaghan, co-head of UTA’s Independent Film Group. “There has to be sort of that why is this movie getting made? Why does it have to be distributed in theaters?”

The panel was sponsored by the National Association of Theatre Owners, an exhibition industry lobbying group. The organization’s spokesman Patrick Corcoran kicked off the gathering by noting that theaters need to attract a wide variety of different audiences — they need arthouse movies as well as comic book adventures if they’re going to appeal to different demographics.

Sundance has become synonymous with fierce bidding wars, with arthouse hits such as “Manchester By the Sea” and “The Big Sick” also scoring huge distribution pacts after bowing to rave reviews at the festival. This year has continued the trend. “Late Night,” “The Report,” and “Blinded By the Light” all scored deals that were between $13 million to $15 million after debuting to raves in Park City. But that’s something of an anomaly. More recently, studios have been weary of writing big checks, having seen a number of Sundance favorites such as “Patti Cake$” and “Assassination Nation” collapse when the general public gets a look at them.

“The buying market is still really strong, it’s just the bar for what deserves a bigger deal has gotten higher,” said Meenaghan.

“It just costs so much money to put a movie out theatrically that if it’s not definitely theatrical, like a superhero [movie], it’s scary for people,” she said.

Social media services such as Twitter and Facebook are helping cut some of those costs, panelists said. They are enabling smaller players to reach fans without spending exorbitant sums of money on television spots, and it also helps films become a part of the zeitgeist long after they debut.

“It gives it longevity in terms of word-of-mouth,” said Kimberly Steward, president of K Period Media and the producer of “Suspiria” and “Manchester By the Sea.” “When you put up billboards and posters that are taken down after a certain period of time, that word-of-mouth keeps going.”

The big challenge is to find an innovative hook. Posting a trailer on YouTube or plugging a poster on Twitter isn’t enough.

“There’s so many things gnawing at people’s eyes and trying to get their attention,” said Milan Popelka, COO of Filmnnation, a distributor, financier and producer of independent films such as “The Big Sick” and “Late Night.” “The challenge as producers and filmmakers is to do something special that stands out.”

But not every movie needs the big screen treatment, argued Popelka.

“You don’t want to make a movie and say now where does this live,” he said. Popelka added that emerging streaming services such as Netflix and Hulu are giving filmmakers more platforms to choose from.

“It’s not the goal of every movie to be theatrical and I think one of the things that smart filmmakers and producers are doing in a time that’s rapidly evolving is just being super honest about what they’re making and what success looks like,” he said.

This year’s Sundance has seen several bidding wars and big deals, but the price of movies could continue to escalate, particularly as Disney, Comcast, and WarnerMedia launch streaming services and Apple dives more deeply into the movie business.

“I don’t think they’re going to be big buyers this year, but I think a year from now there’s going to be a lot more buyers,” predicted Meenaghan.