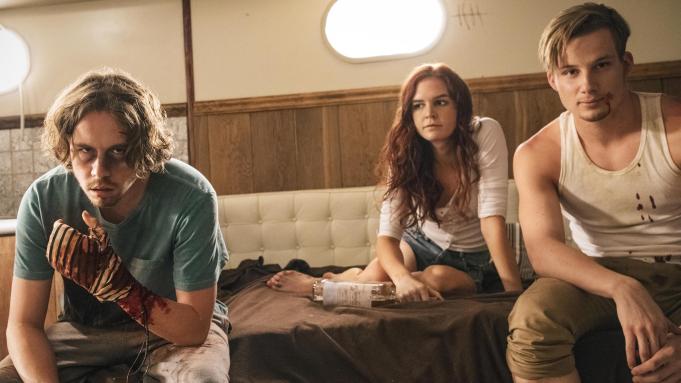 The movie stars Munro Chambers, who also appeared in Epic Pictures’ “Turbo Kid” in 2015, along with Emily Tyra (“Code Black”), and Christopher Gray (“The Mist”). “Harpoon” is a black comedy about the rivalries, dark secrets, and sexual tension that arise when three best friends find themselves stranded on a yacht in the middle of the ocean.

The film was also written by Grant and produced by Michael Peterson (“Knuckleball”), Kurtis David Harder (“What Keeps You Alive”), and Julian Black Antelope (“True Fiction”) for 775 Media Corp. It was executive produced by Laurie Venning for Venntertainment.

The deal for the film was negotiated by Patrick Ewald, CEO of Epic Pictures/Dread along with Walter Boholst, business affairs consultant on behalf of Epic and Hugues Barbier, Justin Timms, and Joe Yanick of Yellow Veil Pictures on behalf of the filmmakers.

“Rob Grant has crafted a dark, twisted, funny feature that is unlike anything else on our slate,” said Rob Galluzzo, director of distribution at Dread. “We’re so thrilled and excited to share this unique flick with U.S. audiences!”

Yellow Veil Pictures will launch international sales on the title at this month’s Marché du Film at Cannes Film Festival. “Harpoon” will screen for international buyers on May 20.