Oscars: ‘First Man’ Aims for Academy Crafts Races, but Can It Hit Higher? 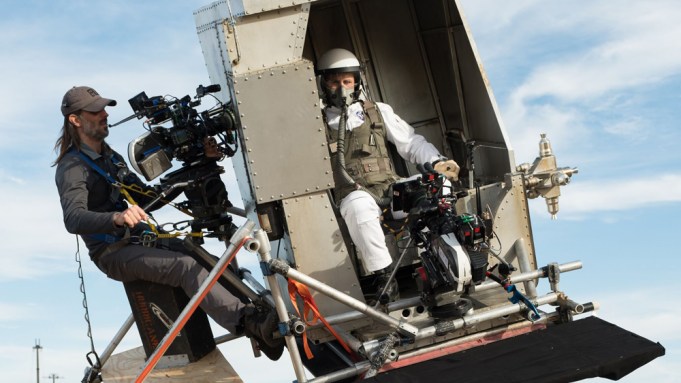 While Oscar-winning director Damien Chazelle’s “First Man” has come up shy with industry groups like the producers and directors guilds so far this season, it has been moving right along with crafts organizations.

The American Society of Cinematographers, American Cinema Editors, Art Directors Guild and Cinema Audio Society have all singled out Universal’s Neil Armstrong biopic for its exquisite parts. It seems assured similar attention from the Academy, and perhaps more if voters can look beyond disappointing box office returns that may or may not be owed to a bogus early controversy. It’s one of the year’s top cinematic achievements, daring in its intimacy, rousing in its emotional pull, so an assessment on its own merits shouldn’t be out of the question. (An uptick in the BAFTA nominations is a good sign that filmmakers are taking note.)

After the film’s North American premiere at the Telluride Film Festival in September, I caught up with Chazelle, screenwriter Josh Singer, cinematographer Linus Sandgren and composer Justin Hurwitz for a deep dive into the making of it all. Now Universal is taking stronger aim in these areas as Peter Farrelly’s “Green Book” emerges as the studio’s best picture heavy.

“Damien’s filmmaking, I think, is viscerally experiential,” Singer says in a new featurette focused on the film’s craft. “He is a true believer in giving people a ride.”

With a mix of 16mm, 35mm and Imax photography, Chazelle and Sandgren brought viewers to the hearth and the cosmos with equal aplomb. It’s a thematic conceit not unlike Christopher Nolan’s approach to “Interstellar,” which emphasized the weight of the micro in the face of the macro. (Nolan in fact penned a first-rate appreciation of Chazelle’s work as part of Variety‘s Directors on Directors feature this season.)

“Linus is able to not just plan out and pre-visualize very complicated types of shooting, but he also just has an eye for the little things in life that can augment what you’re shooting,” Chazelle says.

Production designer Nathan Crowley was an apt choice to tackle the project, given his work with tactile elements on films like, well, “Interstellar.” Here he and his team recreated NASA interiors, spacecrafts and, of course, the moon itself, while also utilizing a blend of miniatures, “bigatures” and full-scale mock-ups.

“[Damien] wanted to get it all in-camera, which was difficult,” Crowley says. “These things are never easy!” With a portfolio of works from a director, Nolan, notorious for his insistence on the practical over the computer generated, Crowley ought to know.

Costume designer Mary Zophres, meanwhile, was able to be bolder with her use of color on “First Man” than Crowley and his department. She engaged the palette to help code Armstrong’s singular journey. “There’s more color in the beginning,” she says. “It sort of becomes less saturated toward the end as the quest for the moon becomes a more driven, focused drive.”

For more, check out the video above.

*It turns out if you want to stare at an American flag, it turns out “First Man” actually gives you ample opportunity to do so.