Golden Globes: Six Things to Know About the Film Nominations 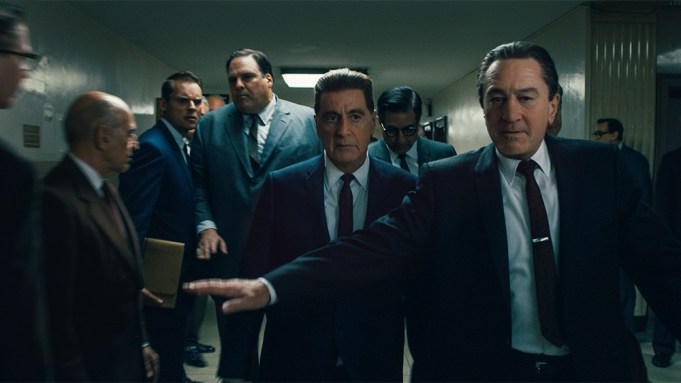 Most of Monday morning’s Globe nominations didn’t come as a big surprise. “Marriage Story,” “The Irishman,” “Once Upon a Time in Hollywood” and “Parasite” have been ruling awards season – their many nominations were expected. But Globe wins don’t necessarily translate to Oscar gold — about half of best pic wins have been in sync with the Academy Awards since the Globes began 77 years ago.

Here are six things to note about this year’s Golden Globe film nominations:

1. Netflix dominates with 17 nominations (and that’s just in film). “Marriage Story” and “The Irishman” have been ruling awards season, but could all this love for the streamer backfire? Will anti-streamer Academy members shun Netflix in favor of traditional studio fare at the Oscars? Despite vastly different voter bases, the Globes may serve as a good way to read the temperature on how industry insiders are viewing Netflix this awards season.

2. The HFPA fails to nominate female directors once again. The snub has ignited a firestorm on social media and in Hollywood — and rightly so. I imagine, Academy members may take this into consideration and dole out more votes for writer-directors Greta Gerwig (“Little Women”), Lulu Wang (“The Farewell”), Lorene Scafaria (“Hustlers”) and Marielle Heller (“A Beautiful Day in the Neighborhood”).

3. Willem Dafoe is also missing for his work in “The Lighthouse.” He’s been on many prognosticators’ lists, but the film may have proven to be just too out of the box for the HFPA. Instead, Anthony Hopkins (“The Two Popes”) seems to have taken his place at the Globes. Meanwhile, Adam Sandler’s chances of being at the Globes were pretty much shut down when the HFPA ruled that “Uncut Gems” would be categorized as a drama. He would have had a better shot if A24 got their wish for the Benny and Josh Safdie film to be considered for comedy.

4. Speaking of men’s acting categories, there’s a relative lack of diversity. There’s only one man of color nominated: Eddie Murphy in comedy for “Dolemite Is My Name.”

5. Cate Blanchett’s nomination for her work in “Where’d You Go, Bernadette?” is a total head-scratcher. She hasn’t been part of the awards conversations, so how’d she end up on the nominees list? There didn’t seem to be a large pool to choose from, but many expected Constance Wu (“Hustlers”) to be on the list.

6. Isn’t it time that the Globes include performances of the best song nominees? If you’re going to nominate superstars like Beyoncé, Taylor Swift and Elton John, we want to hear them sing. Executive producer Barry Adelman told me this morning that they don’t include performances because there’s not enough space in the Beverly Hilton’s International Ballroom to accommodate musical productions. I’ve seen performances in that same spot (i.e., Clive Davis and the Recording Academy’s annual pre-Grammys party) and have been blown away by the likes of Christina Aguilera, Jennifer Hudson and more. If Clive can do it, so can the Globes.