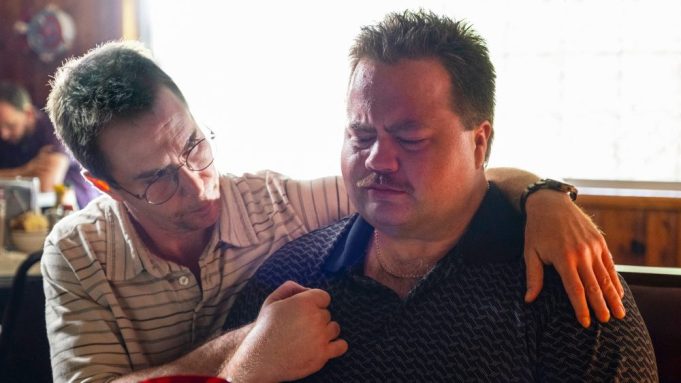 The 40th film directed by the 89-year-old Hollywood legend tells the true story of Richard Jewell, the security guard who was targeted by the FBI as the prime suspect in the bombing in Centennial Olympic Park during the 1996 Summer Olympics in Atlanta. At first, Jewell became an overnight hero for discovering the knapsack containing the pipe bombs, but an overzealous FBI investigation quickly zeroed in on him as the main suspect in the bombing. A report identifying Jewell in the Atlanta Journal-Constitution sparked an international media circus that destroyed his name in the court of public opinion.

The story of an underdog facing off against the government and seemingly unethical media should play well with Academy voters. Hauser’s portrayal and transformation (Eastwood urged him to pack on the pounds for the role) for Jewell could earn sympathy and help attract Oscar support as well. Jewell was never charged with anything and was eventually cleared of any wrongdoing. The real bomber was Eric Robert Rudolph, who was convicted of the bombing, as well as similar attacks of abortion clinics and a lesbian bar.

This year’s best actor category is shaping up to be one of the most competitive races. While there are frontrunners like Adam Driver (“Marriage Story”), Leonard DiCaprio (“Once Upon a Time in Hollywood”), Joaquin Phoenix (“Joker”), Robert De Niro (“The Irishman) and Jonathan Pryce (“The Two Popes”), there are many actors who deserve to be recognized. If only there could be more than five nominees…

However, Eastwood could also be dinged by Academy members for the film’s negative portrayal of journalism (including Olivia Wilde as a reporter who appears in the film trading sex for a tip from her FBI source, played by Jon Hamm) during a time when President Donald Trump continually disparages the news media as “fake news” and as an “enemy of the people.” Eastwood’s association with the GOP could also turn off blue Hollywood as it gears up for the 2020 election.

Eastwood has twice taken home Oscars for best picture and best director for “Unforgiven” and “Million Dollar Baby.” Actors in his films have been nominated several times with wins going to Gene Hackman (“Unforgiven”) and Tim Robbins and Sean Penn for “Mystic River.” Most recently, Bradley Cooper earned a best actor nod for “American Sniper.”

At last night’s premiere, excitement and anticipation for the Warner Bros. film was palpable, both on the red carpet and inside the theater. Even before the movie began, Eastwood received a standing ovation when he was introduced by AFI Fest president Bob Gazzale.

Whether the enthusiasm for the movie continues to Oscar Sunday remains to be seen.