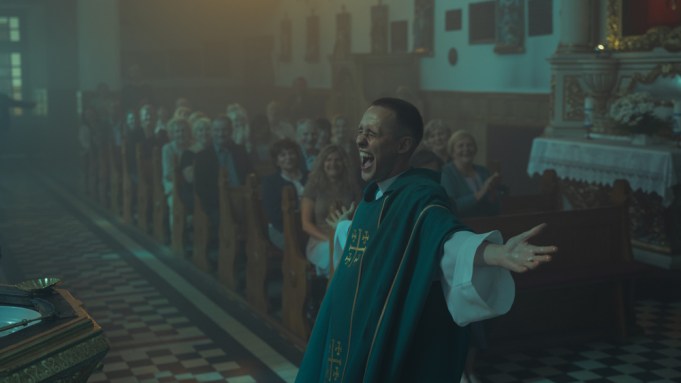 Variety has been given exclusive access to the trailer for Jan Komasa’s “Corpus Christi,” which has its world premiere in Venice Days, which runs in parallel with the Venice Film Festival, and makes its North American premiere at Toronto. New Europe Film Sales is handling world rights.

The film follows 20-year-old Daniel, who experiences a spiritual transformation while living in a youth detention center. He wants to become a priest but this is impossible because of his criminal record. When he is sent to work at a carpenter’s workshop in a small town, on arrival he dresses up as a priest and accidentally takes over the local parish. The arrival of the young, charismatic preacher is an opportunity for the local community to begin the healing process after a tragedy that happened there.

Komasa says the film is “about the mystery of spiritual experiences, both in the sacred and the profane […] Although the main character feels a calling, in the face of limitations imposed by formal structures, he finds it impossible to make any use of it. It is a tragic clash with the drama of a reclusive and troubled community hiding a dark secret.”

Komasa studied directing at the Łódź Film School. His short film “Nice to See You” world premiered in the Cannes Cinefondation competition, where it won the 3rd Prize. His feature film debut, “Suicide Room,” premiered in the Panorama section of the Berlinale, and his second film was the war blockbuster “Warsaw ‘44.” “Corpus Christi” is his third feature film.