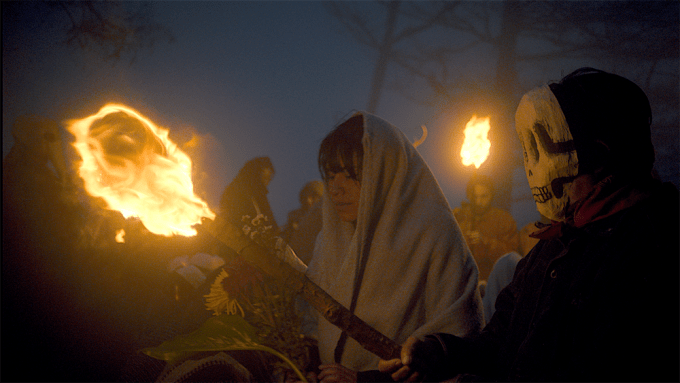 Mexican filmmaker Joshua Gil’s “Sanctorum” bows its trailer exclusively through Variety as it gears up for its world premiere at the 34th Venice International Film Critics’ Week.

Gil’s second feature film is set to screen out of competition as it closes Venice Critics’ Week, an independent and parallel section organized by the Italian Critics union SNCCI during Venice.

The trailer gives a glimpse of the visual and aural feast that is “Sanctorum.” Its sound design, which Gil said took up a year, was crafted by sound designer-supervising sound editor Sergio Diaz whose multi-awarded credits include such gems as “Roma,” “Pan’s Labyrinth,” “The Untamed” and “Babel.”

Gil, who has a Master’s Degree in cinematography and served as an assistant camera on Carlos Reygadas’ stunning debut “Japon,” among others, worked alongside his co-DP Mateo Guzman and production designer Rafael Camacho to create the film’s visual spectacle.

Filmed mostly in the indigenous language of Mije with non-pros in Oaxaca and Bolivia’s Salar de Uyuni salt flats, “Sanctorum” unfolds in a rural village caught in the crossfire between the military and the drug cartels. A little boy’s mother vanishes along with other fellow workers at a marijuana farm. His grief-stricken grandmother tells him to go into the forest and ask the sky, the wind and the water to bring back his mother, unharmed. Perhaps in answer to his cries, the awesome power of nature unleashes itself.

Gil, whose feature debut “Maldad” took home a clutch of awards in 2015, won a cash prize and a year of mentorship from the Tribeca Film Institute for “Sanctorum” at the 14th Morelia Int’l Film Festival’s work-in-progress program, Impulso Morelia. It also participated in Ventana Sur’s 10th Primer Corte pix-in-post competition last year and in the Rotterdam Lab, among others.

The narco-violence in his country is a recurring theme in Gil’s work but “Sanctorum” is more hopeful, more mystical.

“We wanted to make this film to denounce the unfortunate circumstances Mexico is living in where the government does little to help its vulnerable communities but ultimately, it’s a call for peace and harmony in our country,” said producer Carlos Sosa of Viento del Norte Cine, who leads a bevy of producers that include Laura Imperiale of Cacerola Films, Gil’s Parabola Cine and Marion D’Ornano. Canada’s Amy Darling of Media Darling boarded the film as an executive producer.

“Sanctorum” is set to compete at the upcoming Morelia Int’l Film Fest in October.