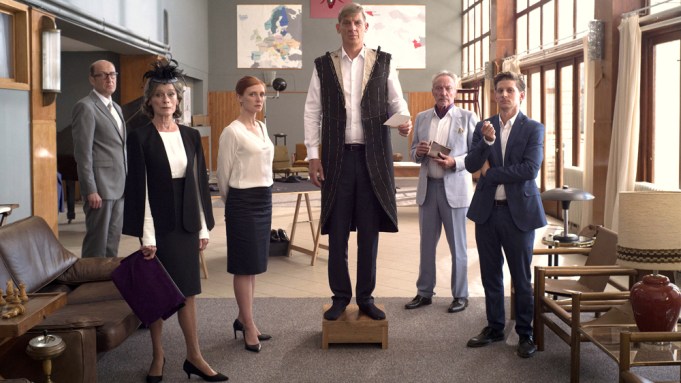 Courtesy of Be For Films

Variety has been given exclusive access to the trailer for political satire “The Barefoot Emperor,” which has been selected for the Contemporary World Cinema section at the Toronto Film Festival.

Directed, written and produced by Peter Brosens and Jessica Woodworth, the film is a sequel of “King of the Belgians,” which had its world premiere in Venice. Pamela Leu at Be for Films is handling international sales on the film.

The film follows the King of the Belgians, who is on his way home from a state visit to Istanbul, when he suffers a gunshot wound to the ear during an unfortunate incident in Sarajevo.

When he wakes up in a sanatorium on a Croatian island, once Tito’s renowned summer residence, the confused King learns that the recent collapse of his kingdom has led to the implosion of the European Union.

An envoy arrives from Vienna and Mama Wakolux, one of the architects of a nationalist ‘Nova Europa’ movement, proudly announces that the King has been chosen to be Europe’s first modern Emperor. However, tired of having his destiny determined by others, the King takes matters into his own hands.