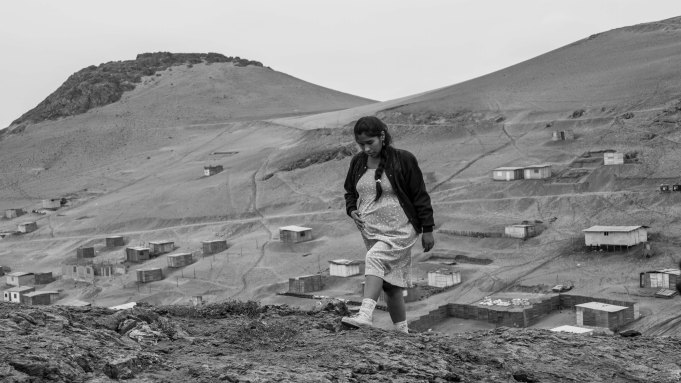 Written by Leon and Michael J. White, “Song Without a Name” sums up some of ambitions and focus of the section under first-time artistic director Paolo Moretti: A first feature, a movie with a strong auteurist voice, and elements of genre in its slow-boiling thriller  thrust and dashes of film noir.

Sophie Dulac Distribution, the French distributor of Whit Stillman’s “Love & Friendship” and Samuel Moaz’s “Foxtrot,” will release “Song Without a Name” in France.

Near the beginning of the trailer of “Song Without a Name,” Georgina (Pamela Mendoza,) 20, heavily pregnant, a new immigrant from the Andes’ Ayacucho, sits in a street in Lima in 1988, selling potatoes.

Sharply edited, the trailer captures the broad narrative of “Song Without a Name”: Beguiled by an offer from a San Benito Foundation of free-of-charge medical assistance for childbirth, Georgina’s uses the Foundation, has her daughter abducted at birth.

Leo and Georgina go to the police, who do nothing. Desperate, she stumbles into the offices of newspaper La Reforma, where a young journalist, Pedro (Tommy Párraga,) is told to cover her case. The trail finally takes him to a lawless Iquitos.

Leon’s studied  film direction at New York’s Columbia U. The film’s cinematographer, and one of its producers, is Inti Briones, DP on Dominga Sotomayor’s Locarno winner “Too Late to Die Young” and many of Alejandro Fernández Almendras’ movies such as Sundance laureate “To Kill a Man.”

It shows. This is a film of a small budget and large artistic ambition, made by highly cine-literate filmmakers. It is shot in black & white – which comes from the director’s early memory of newspaper photographs of the day, she has said – and a 4:3 box format, used by TV of the time.

Weaved with two other plots – Pedro’s guarded romance with a male neighbor, an unemployed Leo’s recruitment by Shining Path – Georgina and Pedro’s desperate search for her newborn daughter promises to expose corruption in high places.

It is inspired by an investigation carried out in part by Melina Leon’s father, journalist Ismael León, to who  the film is dedicated, into a child trafficking case in Lima which gave the first headline to newspaper La República, which he co-founded.

In a month when Perú’s two-time former president Alan García shot himself dead to avoid a corruption probe, “Song Without a Name” asks how much Perú has really changed. That question turns not only on corruption but the status of Peru’s majority indigenous population.

At one time in the film, Pedro asks his editor for a list of newborn infants sent abroad for adoption. His editor prefers to move to the window and point out a Boeing 747 at the nearby Lima airport, the epitomé of modernity.

“In Peru we are mainly Andean, it’s our culture but people don’t want to see it because we still have a colonial mindset,” says Léon.

“A profound racism, a crazy inequality and dysfunctional governments are still our trademark,” she adds.